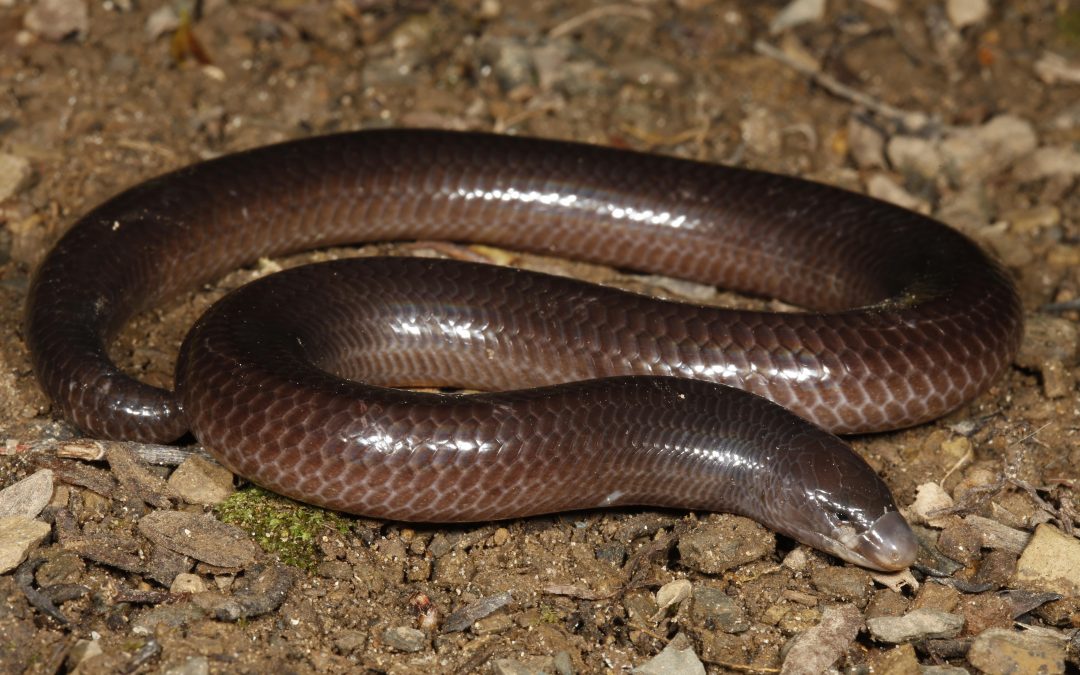 Cape Town – The Variegated legless skink has been taxonomically ‘demoted’.

Once a valid described species, its position on the tree of life is now less prominent since its designation as a taxonomic ‘synonomy’.

Skinks (family Scincidae) are the most diverse group of reptiles on the planet, with more than 1 500 species, and probably many more that will be described in the near future.

“This basically means that A. poecilus is not a valid species on its own, but merely a morph (or local variant) of A. plumbeus,” he said.

The study was published in the Journal of Zoological Systematics and Evolutionary Research and skink samples collected from the southern range of the species formed part of the Foundational Biodiversity Information Programme’s (FBIP) Eastern Cape Forest Project.

The main goal of the study was to assess the genetic diversity within A. plumbeus, which was traditionally believed to not show much variation – unlike its sister species which tended to split into more species after genetic analysis.

At the same time, says Ricoy, some researchers have traditionally questioned the validity of the A. poecilus as a species, given its morphological resemblance to A. plumbeus.

“Therefore, we took advantage of our study design and included A. poecilus within the total sample size, to assess the true phylogenetic relationship between these two taxa (A. plumbeus and A. poecilus),” he said.

In terms of the main findings Ricoy and the team found that the genetic diversity and population structure of A. plumbeus was higher than expected.

The second main result was that A. poecilus was nested within the Southern group of A. plumbeus as stated earlier.

Co-author on the study and Port Elizabeth Museum (Bayworld) herpetologist Werner Conradie is a member of the International Union for the Conservation of Nature (IUCN) Skink Specialist Group.

The IUCN Skink Specialist Group is a group of international researchers that specializes in skinks, they keep a register of valid species and also oversee Red List assessments and advise other data repositories like Reptile Database and conservation agencies.

Conradie says the team has shown the Variegated legless skink to be a ‘junior synonym’ of the Giant legless skink and the IUCN Skink Specialist Group has accepted the change. They did, however, caution that more work is needed.

In terms of conservation, Conradie says conservation efforts should be driven by proper taxonomy.

“Basically in this case conservation authorities would have invested funds protecting and conserving a species that is not even valid. Thus conservation efforts should be based on solid taxonomy,” he says.

Skinks have a worldwide distribution and they show dramatic levels of morphological diversity, this being reflected in important traits such as body size, body shape or even the number of limbs and digits.

Ricoy says that from a research perspective, they represent an optimal group to study different aspects of reptile evolution (phylogenetics, morphological convergence, life-histories, gradual reduction in the number of limbs, etc.).

The ecological importance of legless skinks is difficult to assess since most species are fossorial, meaning they live under loose substrate. They are largely unknown to the public.

“Actually, they could be easily mistaken for snakes to the non-expert eye, because they are limbless,” explains Ricoy, adding that “Acontias plumbeus is actually the largest legless skink in the world, being more than 40 cm in length, vaguely resembling a short, fat snake”.

The group is understudied and little is known about their biology so it’s even more difficult to determine its ecological value.

Ricoy suggests that they might have some effect on soil composition and status, in the same way as earthworms, but this is merely a hypothesis.

“They could also be bio indicators of suitable environmental conditions (vegetation, water quality, etc.),” he says.