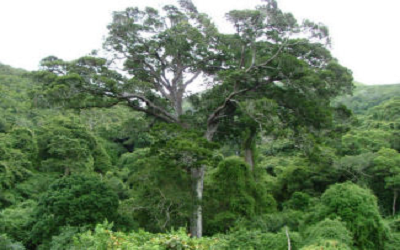 The project, which is one of the Large Integrated Projects funded by the Foundational Biodiversity Information Programme (FBIP), started in 2016 and draws to a close at the end of 2018.

More findings from the project are set to follow as the last major field survey has just been completed, according to principal investigator (PI) Prof Mike Cherry from Stellenbosch University.

“So far the project has delivered two publications on invertebrates,” he said. Both studies were carried out by co-principal investigator Prof Savel Daniels’ laboratory at the Stellenbosch University Evolutionary Genomic Group.

The first study used DNA sequencing to examine the species boundaries among two freshwater crabs occurring in the forests of Mbotyi along the Wild Coast. A ‘pearl white’ freshwater crab specimen was discovered alongside the known rust brown freshwater crab Potamonautes sidneyi.

Daniels’ first study set out to answer: is it an undescribed species or a ‘colour morph’? 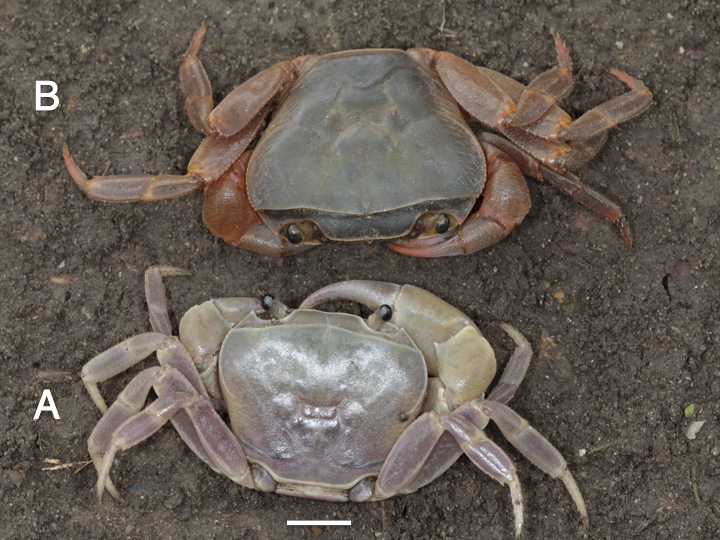 The second study looked at the genetic structure of two species of velvet worm populations in the forests – do the two species harbour hidden diversity in the form of ‘cryptic species’ if subjected to molecular genetic scrutiny?

Look out for the two stories to be published on the FBIP news website in the coming weeks.

The FBIP-funded Eastern Cape Forest project is a crucial test case for the nexus between human survival needs and the importance of keeping indigenous forests intact for the sake of sustaining healthy animal and plant populations and broader ecosystem services, which include the provision of timber products, cultural and spiritual values to indigenous people, and flood regulation potential.

Forests make up less than 1% of South Africa, but display unusually high biodiversity. Forest degradation and fragmentation through human activity, are two key factors that are threatening the survival of South Africa’s smallest biome and are leading to changes in the extent to which forest dependent animals are found.

Forest dependent bird species are a serious concern, according to Prof Cherry. Although they are relatively mobile and can fly from one patch to another – an advantage over less mobile animals – they have experienced range declines over the past 25 years

These ‘range’ changes to forest animal and plant populations has occurred largely in the Eastern Cape Province, according to a paper published last year by Cherry, his student Tessa Cooper, and team member Andrew Wannenburgh.

A series of studies, forming part of the project, aims to compare the genetic diversity of populations of more mobile species, such as birds and bats, to those of more sedentary species such as land snails and shrews.

Firstly, the project’s research teams plan to acquire DNA barcodes for representative samples of forest animal species, which will allow identification of material in future. And secondly, a different suite of genes will be used to investigate genetic diversity across the populations of the same species.

“DNA barcoding involves the DNA analyses of plant and animal species across their distributions in order to compare genetic diversity. Ultimately we hope to establish a digitised reference encyclopaedia of the taxa which inhabit these forests,” he explained.

Cherry said their findings could inform decisions on proposed dry gas and titanium mining operations in the area, as well as the new dam planned at Mzimvubu, and the N2-Wild Coast Highway – initiated towards the end of 2017.

“Should SANParks proceed with the proclamation of the Pondoland National Park, information derived from the project could assist with determining the boundaries,” he said.