Thesium: How do you eat an elephant? 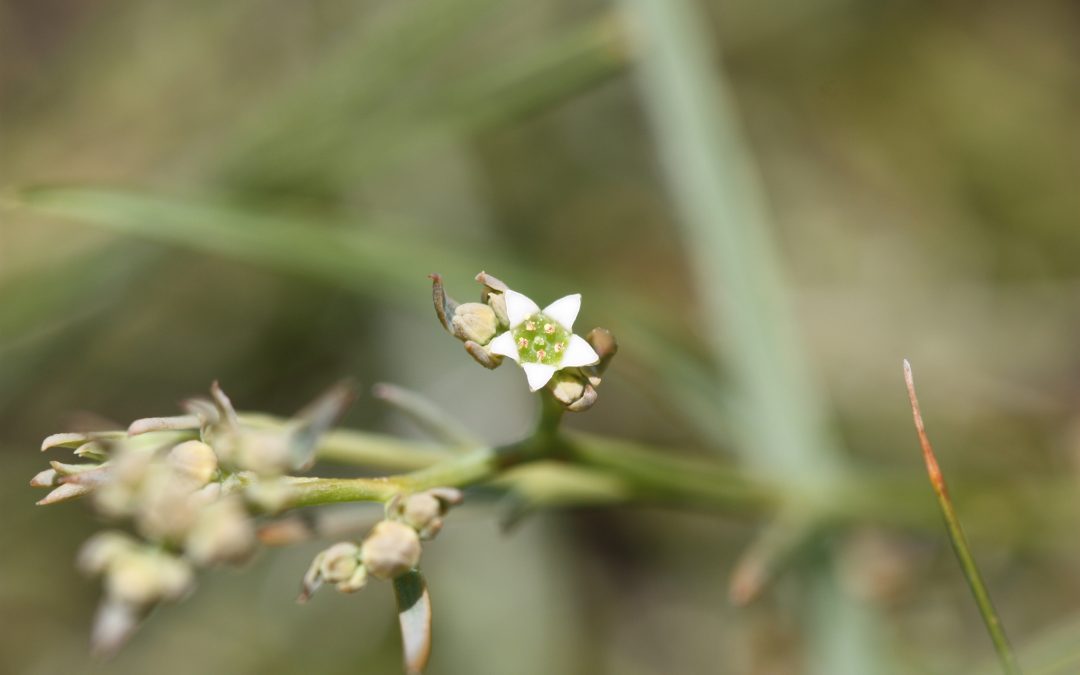 Cape Town – It is said that a big task is like an elephant. And the only way to finish it is to eat it piece by piece.

A group of South African botanical taxonomists are slowly and systematically revising a plant group that was last looked at nearly 100 years ago – and it is a big task.

According to South African National Biodiversity Institute (SANBI) plant taxonomist Dr Marianne le Roux the southern African species of Thesium was last revised in 1925, almost 100 years ago and therefore the available information is old and out of date.

The SANBI 2015 ‘Strategy for plant taxonomic research in South Africa’ described the need for the revision as “urgent”. Le Roux says the available taxonomic information does not reflect information collected after 1925 – particularly from expanded collections.

This makes identification more difficult, where 47 species (26% of Thesium species in South Africa) are data deficient due to taxonomic problems and hence their conservation statuses cannot be determined.

To address the challenge two papers were recently published in Bothalia, African Biodiversity & Conservation and the South African Journal of Botany respectively – the studies were partially funded by the Foundational Biodiversity Information Programme (FBIP).

The paper ‘synonymised’ Thesium spartioides under Thesium confine, while T. durum was retained as a separate species.

The second paper (South African Journal of Botany) dealing with the Thesium goetzeanum species complex revealed that only 9 species (including a new species) should be recognised instead of 16.

Out of the 350 species in the genus Thesium, 23 species (17 from Africa and six from Asia) have traditional and contemporary uses including medicine, functional foods and beverages, charms, crafts, functional feeds, fodders and fertilizers.

Le Roux says two Asian species (T. chinense and T. longifolium) are included in patented food and medicinal products. However, there has not been any commercialisation of products in South Africa yet.

By studying these species taxonomically, says Le Roux, we learn how diverse the species are in South Africa by making sure that all the species have formally recognised names.

“A taxonomic study also helps to determine how to identify the species using morphological characters. As a result of this work, we can identify collections and observations more accurately and determine the distribution ranges of species,” she says.

Once Le Roux and her team have all of this information available, conservationists can use it to determine what the conservation status of the different species and whether they are in need of conservation efforts.

The information also provides a platform for other scientists to conduct related studies, for example to determine what the role of these species are within an ecosystem, how they are pollinated and how they interact with other living organisms.

“We know that these plants are hemi-parasites but we haven’t determined what they parasitise, although there is some indication that they mainly grow on grasses in the summer rainfall region,” says Le Roux.

Each organism plays an important role within an ecosystem, even if we do not fully understand each organism’s role or function yet, and it is important to maintain healthy ecosystems because they benefit society through the maintenance of ecological infrastructure.

Le Roux says the study may also benefit society if we can determine how to sustainably commercialise some of the species with known uses and look for close relatives that may have a similar characteristics that allow their use.