DNA barcoding in the spotlight at 2018 FBIP Forum 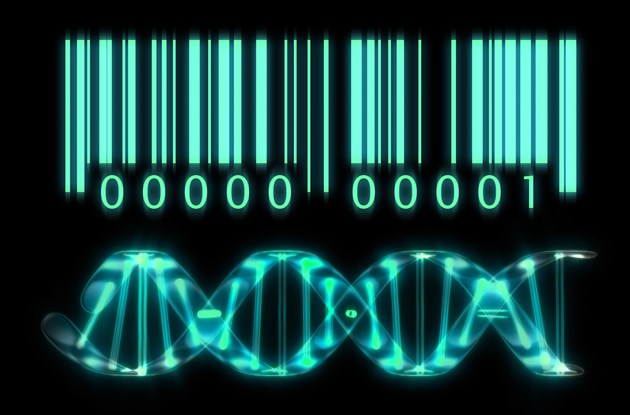 So what exactly is DNA barcoding?

According to the International Barcode of Life project DNA barcoding first came to the attention of the scientific community in 2003 when Paul Hebert’s research group at the University of Guelph in Canada published a paper titled “Biological identifications through DNA barcodes”. In it, they proposed a new system of species identification and discovery using a short section of DNA from a standardized region of the genome. That DNA sequence can be used to identify different species, in the same way a supermarket scanner uses the familiar black stripes of the UPC barcode to identify your purchases.

Why is it important?

Executive Secretary of the Consortium of the Barcode of Life (CBOL), David Schindel, in a CBOL release said that “taxonomists have documented a small portion of the world’s plant and animal species over the past 300 years; DNA barcoding adds a fast, objective and repeatable approach to this enormous task that can shift the enterprise into a higher gear. Barcodes can document and confirm known species while uncovering lots of hidden variation, some of which may lead to the description of new species”.

What the FBIP students say…

The 7th International Barcode of Life (iBOL) conference took place in Skukuza, Kruger National Park in November 2017. Thirteen postgraduate students received travel grants from the Foundational Biodiversity Information Programme (FBIP) to attend that conference which was held at the Kruger National Park (KNP) town of Skukuza. Over 460 participants from 71 nations descended on the KNP for four days of conference proceedings. Here’s what the students had to say:

There was a strong emphasis on how powerful of a tool DNA barcoding can be. Furthermore, it showed improvements in DNA barcoding to quickly yield species identifications to different methods in specimen preparation ~ Sachin Doarsamy, MSc UKZN

I have a clear vision now on what my career should be shaped like and what role I can play in the ultimate conservation of species through adequate taxonomic classifications as well as be able to curb illegal wildlife trade and misidentification of products in the manufacturing industry ~ Judith Kushata, MSc Stellenbosch University

One particular talk opened my eyes on how barcodes work on a daily bases. How the scientist and her team helps the police and other conservation groups and our government in rescuing vulnerable species from being exported and how criminals are prosecuted ~ Ngalirendwe Muthaphuli, MSc UCT

One concept I took interest in was that of eDNA which is DNA collected from an environmental sample such as soil or water instead of collecting it directly from an organism – this is something I would like to look at in the future ~ Nqobile Ndhlovu, MSc UKZN

I realised the importance of accurate taxonomy and the identification of organisms up to species level. If either the identification or taxonomy of an organism is erroneous, it translates into confusing or misleading barcoding results and biodiversity conclusions ~ Serita Van der Wal, MSc North-West University