Taking Biodiversity Data to the next level 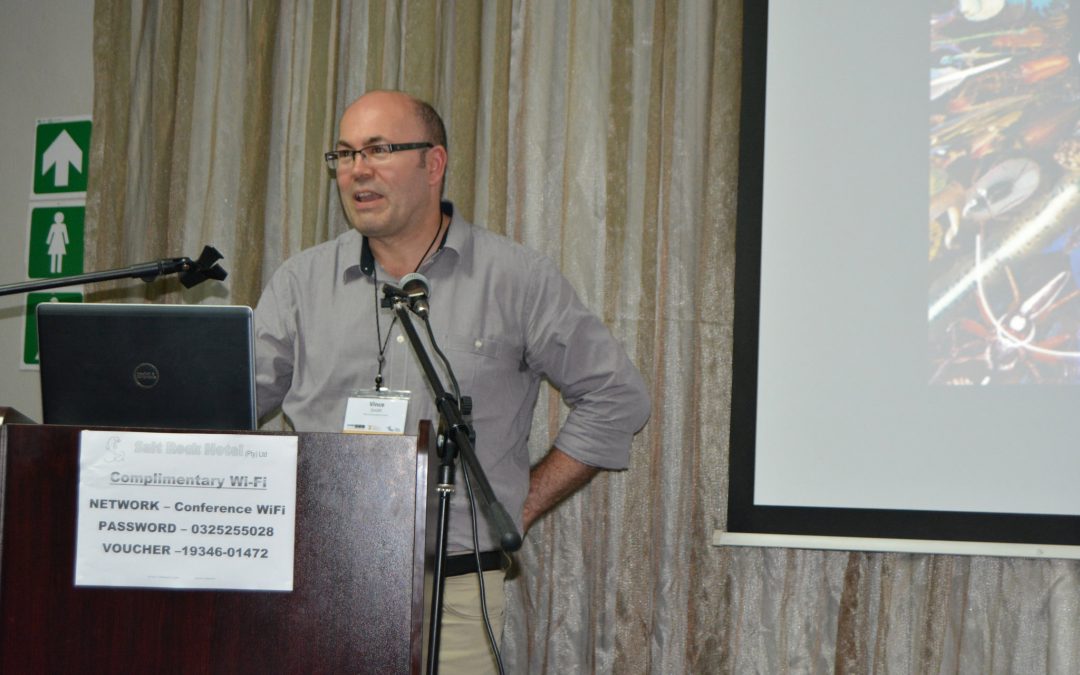 Check out the #BIMFFBIP2017 on Twitter for tweets about the event.

FEW people would disagree that Darwin’s finches are some of the most iconic specimens held by a collections institution, at the same time many would agree that it is proudly and almost exclusively owned by the Natural History Museum (NHM), London.

The Forum aims to promote and enhance networks, collaborations and develop information management practise across the biodiversity science community.

Dr Vince Smith, who heads up the Informatics Division at the NHM says biodiversity data industry players often think of their collections as their domain, whether individual or institutional.

He sees it differently.

“This is one big global collection and collectively if we can start seeing our collections not as the preserve of individual institutions, but one big global scientific infrastructure, then there is an enormous amount of research that we can do for the betterment of society,” he told about 100 delegates from across SA biodiversity data sector.

With the backing of the NHM Smith’s ambition is to digitise 20 million specimens between 2015-2025 with a vision to “collate, organise and make available to global scientific and public audiences one of the world’s most important natural history collections”.

While technological innovation, mass digitisation and skills development have seen major advances, Smith says that the process of creating a ‘sustained digital culture’ has become a priority.

Smith’s visit to South Africa is timely as the country embarks on a large-scale project to establish a Natural Science Collections Facility (NSCF). As part of its Infrastructure Roadmap the Department of Science and Technology has provided over R51m over three years for this initiative. 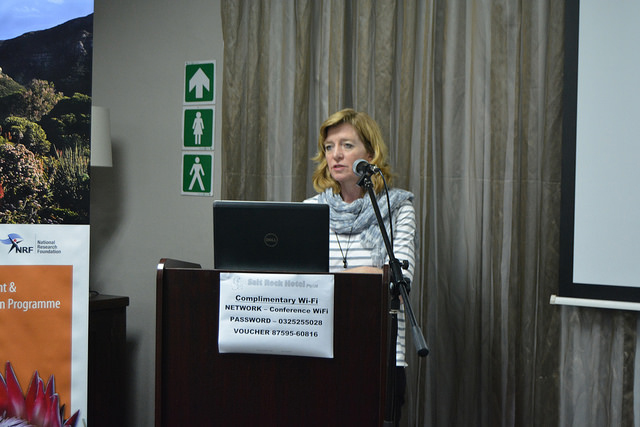 According to SANBI Director of Biosystematics Research & Biodiversity Collections, Prof Michelle Hamer, the NSCF will be a network of institutions (e.g. various SA museums and herbaria) working in a coordinated way with a common set of objectives and with a central coordinating hub managed by SANBI.

“The overall aim of the NSCF is to ensure that collections contribute, through high-quality research and data, to addressing issues of socio-economic importance,” she says.

According to Hamer it will be incumbent upon the NSCF (with its data) to be openly accessible to researchers, used for training and capacity development, and the collections and associated data must be used to address national priorities.

Closely aligned with the development of the NSCF is a drive at national level to not only generate data and knowledge on SA’s biodiversity but to also move and steer the data into the relevant policy channels.

‘Foundational data’ covers aspects such as where different animal and plant species occur, the proper identification of species, population abundance of species, and why any particular species is important to the natural world and human life.

Among other portfolios Hamer also wears the hat of Manager of the Foundational Biodiversity Information Programme (FBIP) and describes the data as ‘foundational’ because “it forms the basis of so many aspects of biodiversity research and decision-making”.

So, the era of Big Data is here and a common theme at the Forum was that the biodiversity information sector is sitting on heaps of data, with additional data pouring in through the Foundational Biodiversity Information Programme. This is a good thing but not without challenges as it begs the question of how to ‘move the data’ into the public domain to inform policy decisions. 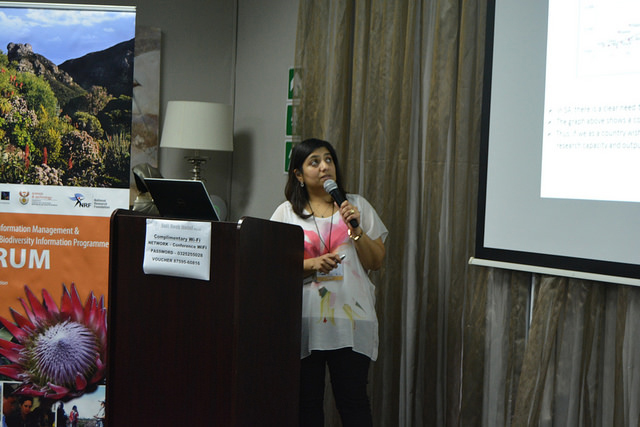 SANBI has been tasked with mobilising the data and ensuring that biodiversity information lands in the policymaking space. The organisation’s Biodiversity Information Management and Planning Directorate coordinates and manages the foundational data  and information generated by initiatives like the FBIP, iSpot (citizen science), and partner organisations, to support instruments like  the National Biodiversity Assessment, according to the group’s Deputy Director Fatima Parker-Allie.

Further along the pipeline the data feeds into expert assessments, such as the National Biodiversity Assessment and Red List assessments.

According to Parker-Allie the data moves further along the value chain where it feeds into high level policy i.e. the UN Sustainable Development Goals (SDGs), the Intergovernmental Panel on Biodiversity and Ecosystem Services, and a number of the conventions including, the Convention on Biological Diversity (CBD), Convention on the Conservation of Migratory Species (CMS), Convention on International Trade in Endangered Species of Wild Fauna and Flora (CITES), and the Ramsar Convention.

SANBI is also well positioned to facilitate the movement of data within and among the country’s African partners. One of its objectives within its Strategic Regional Engagement Strategy for Africa is to “strengthen capacity to mobilise foundational data to fill the data and knowledge gaps in support of education, research and analysis necessary for decision making for sustainable development”. 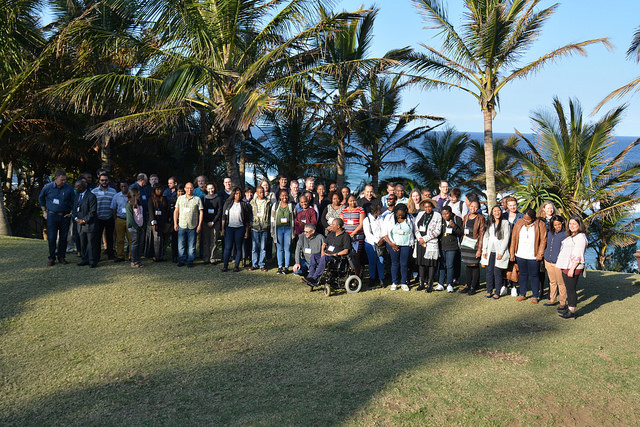 BIMF-FBIP Forum delegates on the coast of Durban