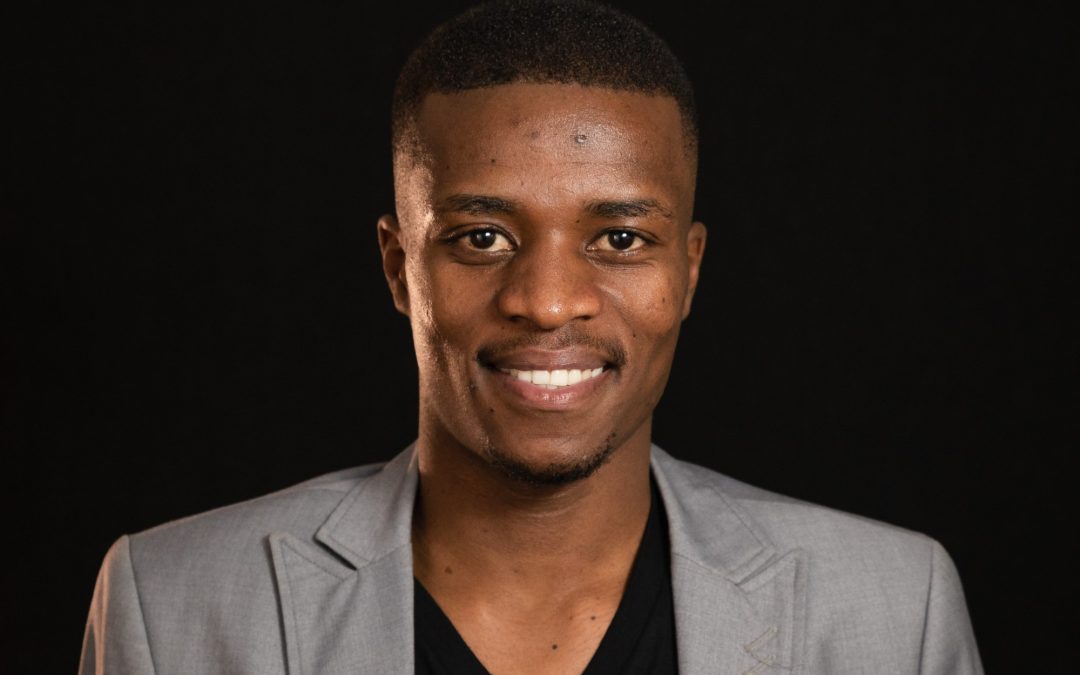 Like many people, 24-year-old Nkosinathi Ndaba had the idea that all microorganisms are bad germs that present a threat.

However, his views shifted in his second year at varsity while taking a major in microbiology towards his undergraduate degree in biochemistry.

“I fell in love with microbiology because it taught me many important things which small living things (or microorganisms) do to solve problems that we have in our daily lives,” he tells the FBIP.

Nkosinathi was born and raised in KwaZulu Natal, in a small town called Bergville, in the Zwelisha Area.

‘All challenges can be solved’

His journey as an emerging researcher has had its fair share of challenges. But he has learned that with patience and passion, good results are near certain.

He recalls conducting experiments for a week without getting anything that could be regarded as a result, pouring hours into his laboratory work without achieving his goal. During these periods he would tell himself “all challenges can be solved”.

With his experiences, the FBIP-funded Stellenbosch University MSc student can now give some advice to his peers and students coming up the ranks. “I would advise young researchers that if you don’t understand anything regarding your work, just ask people in your field for advice and also have a good relationship with your supervisor,” he says.

Nkosinathi took some time to tell us about his studies and how they will make a difference:

“I am currently working on Trichoderma spp. which is a fungal genus that is commonly used as a biocontrol for crop diseases as well as for improving plant growth development.

In this work, I am trying to understand and document the biodiversity of Trichoderma spp. in South Africa under conservation and conventional agricultural practices.

I am also trying to understand the functions that isolated Trichoderma spp. exhibit as I am also evaluating the potential of these strains to determine whether they can improve plant growth – I did this by conducting phosphate solubilization and phytohormone assays.

These assays are useful in evaluating microorganisms that have the potential to improve plant growth. This study will contribute to knowledge on the Trichoderma spp. in South Africa since not much is known about these species in our country.

In addition, these Trichoderma species will increase the pool of species that can be used in agriculture for various purposes. Moreover, our local strains will confer advantages in its application as biofertilizers, since they are locally isolated and they are accustomed to the South African environment.”

Nkosinathi hopes that one-day history will remember him as one of the top plant pathologists or microbiologists in South Africa.

He also sees himself working with institutions and farmers to help them understand crop diseases and disease prevention management systems.

“I would also like to open an organisation that will educate and help rural-based farmers,” he says.