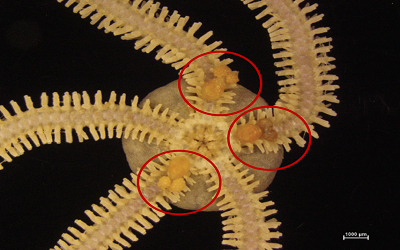 A parasitic copepod previously known only from Luderitz Bay in Namibia has been found on the coast of the Cape Peninsula, according to a SeaKeys study.

“This discovery is the first record of any siphonostomatoid copepod infecting an invertebrate host in South Africa,” said the study published in the journal African Invertebrates.

The study also formed part of the FBIP’s SeaKeys project which is a large collaboration that aims to collate and increase marine biodiversity information in service of society.

Copepods (meaning ‘oar feet’) are a group of small crustaceans found in the sea and nearly every freshwater habitat.

In South Africa the Order Siphonostomatoida exclusively parasitizes fish. Our knowledge on this group has broadened after a group of UCT researchers (led by Prof Charles Griffiths) discovered a brittlestar Amphiura capensis infected by the parasitic copepod Cancerilla oblonga. 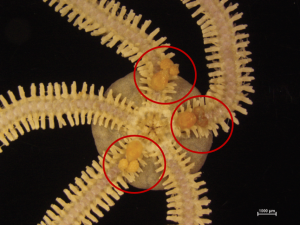 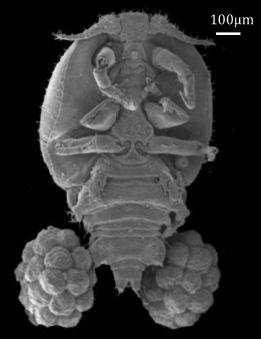 Prior to this study C. oblonga was only known from a single specimen collected in Luderitz Bay, Namibia. “This represents the first record of C. oblonga (or of any member of the Family Cancerillidae) from South Africa and only the second ever confirmed report of the species,” according to the researchers.

This is also the first time that images of the copepod is presented using stereo- and scanning electron microscopy.

The impact of the parasite on its host is largely unknown, but “it seems likely that C. oblonga utilise food particles as these are moved along the ventral ciliary tracts of the host’s arms towards the mouth”.