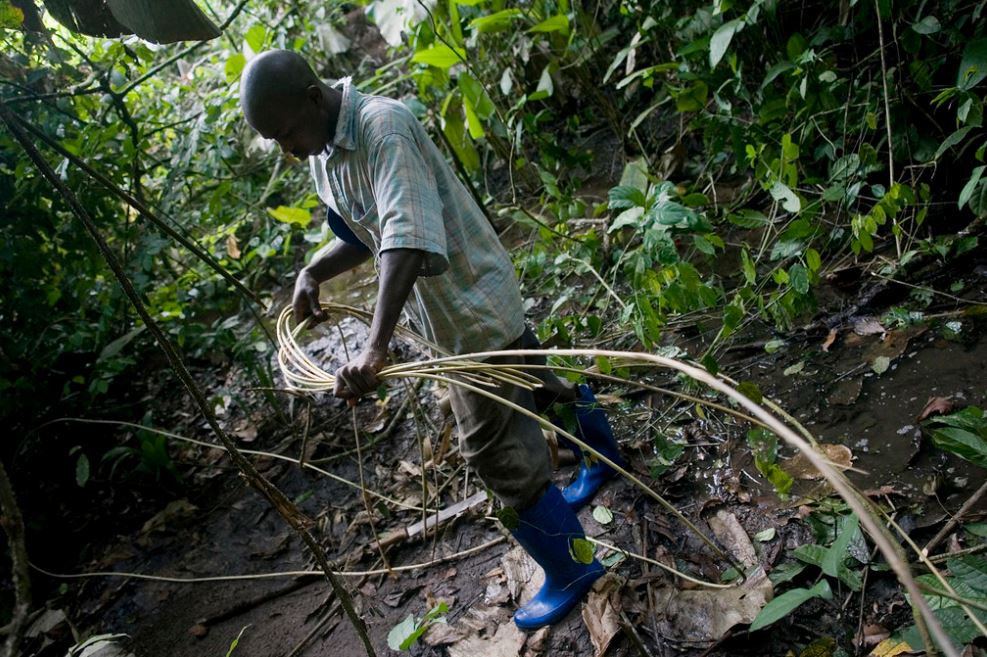 Cape Town – Recent reports have made a link between the Covid-19 viral outbreak and forest degradation – today the FBIP observes International Day of Forests 2020 by reflecting on its Eastern Cape Forests project.

Despite the present pandemonium around the Covid-19 virus, the global spotlight has shifted to the planet’s forests – if only for a day and most likely only by certain interest groups.

This is fitting as many arguments are being made that the Covid-19 crisis has its origins in the destruction of natural systems (and particularly forests) by humans.

The Day celebrates and raises awareness of the importance of all types of forests.

2020 has been referred to as a “Nature Super Year” and must be the year where we turn the tide on deforestation and forestry loss.

A recent report in the Guardian said the disruption of pristine forests driven by logging, mining, road building through remote places, rapid urbanisation and population growth was bringing people into closer contact with animal species they may never have been near before.

Chair of Ecology and Biodiversity at UCL Prof Kate Jones told the Guardian that the zoonotic diseases were linked to environmental change and human behaviour.

Forests are home to about 80% of the world’s terrestrial biodiversity.

The Eastern Cape is home to 46% of South Africa’s remaining natural forest cover, including many of the country’s most threatened forest types.

The area also forms part of the Maputuland-Pondoland-Albany Hotspot for biodiversity.

Challenges facing the EC forests represent a crucial test case for the nexus between human survival needs and the importance of keeping indigenous forests intact.

According to Stellenbosch University biodiversity expert Prof Michael Cherry forests are important in terms of the bio-economy.

Cherry told the FBIP that forests had traditionally been harvested by local rural communities, but had experienced increased pressure for timber for building material collection post-democracy.

While collection of bark for medicine has also emerged as a key factor affecting forest integrity.

More than a billion people depend directly on forests for food, shelter, energy and income.

It is within the aforementioned development context that Cherry submitted a proposal for Foundational Biodiversity Information Programme (FBIP) Large Grant Funding to conduct an extensive study on the biodiversity of the Eastern Cape forests.

As per the project proposal the FBIP recognised that intact forests were better equipped to sustain healthy animal and plant populations and broader ecosystem services.

These ecosystem services include the provision of bark and timber products, cultural and spiritual values to indigenous people, and flood regulation potential.

Cherry’s project proposal titled “The effect of habitat fragmentation on faunal diversity of Eastern Cape forests” satisfied the strategic requirements of the FBIP for addressing among other things biodiversity ‘knowledge gaps’ and kicked off in 2016.

The team comprising an extensive network of South African researchers and institutions would focus primarily on forest fauna (animals) as Eastern Cape forest trees were “well-documented”.

The scope of the Eastern Cape Forest project is broad and includes bird distribution studies, mammal and herpetofauna surveys, invertebrate studies (including those with low mobility), studies on fig wasps together with forest fig trees, freshwater invertebrates, geographic information system (GIS) and satellite imagery studies, long-term monitoring of tree communities, and interviews/surveys with the local community on forest resource use…

7 secrets that forests have been keeping from you