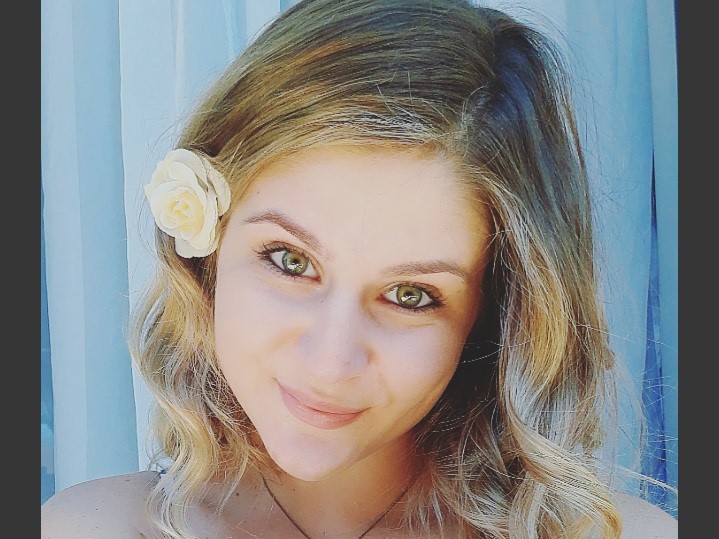 North-West University MSc student Linda Van Der Spuy is yet to complete her degree but she has already described nine new species to science.

This is no small feat if you ask any taxonomist.

Linda is no stranger to hard work and long hours. Yet she describes financial and emotional struggles as her most challenging.

The 24-year-old student from the small town of Kokstad in KwaZulu-Natal does not know what it is like to grow up with a dad.

“My parents got divorced when I was only a baby, and since then my father has refused to be a part of my life, leaving my mother with all the responsibility to raise me,” she told the FBIP.

There is also no old money in the single-parent family, so Linda’s mom never had the opportunity to study, making it difficult for her to find well-paid job opportunities.

“My mother is my hero as she gave up everything for me,” she says.

In addition, Linda had to work hard as a youngster to help the family get by. During school holidays she worked as a swimming coach and served at the community hospital.

In her school efforts, she pushed herself to be the Dux student (i.e. highest ranking student) for every grade. She says this enabled her to earn the merit bursaries that helped her achieve her goals.

This journey has brought her to a Foundational Biodiversity Information Programme (FBIP) bursary. She says the funding has been a blessing in helping her to continue her studies and fuelling her passion for her studies even more.

Since a young age, Linda has always been fascinated by the ocean and the life therein. She always loved biological and animal science and when she embarked on her studies, her passion for marine sciences only grew.

Linda took some time to tell us exactly what her project is about and how it will make a difference in South Africa:

“The world’s oceans make up some of the largest habitats, with the longest evolutionary history. However, human activities are expanding at an alarming pace, and as a result, our marine biodiversity is threatened.

Throughout the world a group of fish with skeletons made up of cartilage rather than bone, otherwise known as chondrichthyan fishes, are supposed to be the most successful fishes in terms of survival across history. These are the sharks and batoidea (skates and rays).

Sharks offer a wide variety of habitats within and on their bodies, which are often occupied by parasites. Among the parasites that live inside sharks are a group of parasitic worms called “cestodes”.

Interestingly, the diversity of these cestodes exceeds the combined number of other parasites that feed off sharks. Globally, the number of known cestodes is approaching 5 000 species, 1 034 of these species are known to parasitize sharks.

Many hosts and marine areas haven’t been properly explored, for instance, the ocean basins surrounding South Africa. According to studies, there is at least one cestode species-specific to each shark species.

In South Africa, we have 200 shark species, but only 23 cestode species have been discovered and described. Therefore, there is a vast amount of hidden diversity still present. It is estimated that an additional 800 onchoproteocephalidean cestode species are yet to be discovered worldwide.

The diversity of cestodes in South Africa is assumed to be either equal or larger than the diversity of the shark hosts present in these waters1. Earlier literature2 says that when we take into account how exclusive parasites are to host sharks, parasitic species appear to go extinct at a slower rate than host species.

However, if the net parasitic diversity is taken into account, we are expected to lose a significant number of parasites before we have had time to obtain specimens to be identified and classified.

If this happens researchers will never understand the natural history, phylogeny, host and parasite ecology, and key attributes such as host specificity and multi-host life cycles, if these parasites become extinct3.

So, with this in mind, for my master’s project, my aim is integrative taxonomy, unravelling the species diversity of onchoproteocephalideans infecting sharks in waters of the Western Cape and KwaZulu-Natal Provinces.

While embarking on this study I have already found and described nine new onchoproteocephalidean species.

In the last few decades, it became quite clear that these host and parasite interactions play a vital role in ecological function and structure in terms of species diversity, biomass, as well as their relevance in ocean food webs.

The presence of parasites may provide researchers with the necessary information in order to determine the conservation status of certain ecosystems, as they can be used as indicator organisms.

Unfortunately, the ongoing, extensive, anthropogenic pressures on our ecosystems are leading to a massive decline in sharks. The lack of knowledge of parasites infecting sharks, as well as the specific services they provide, are alarming and needs to be considered if conservation of these organisms is taken into account.

My study leads to new prospects in parasitology, as it opens the door to the possibility that there may still be a vast diversity of cestodes present in unexplored regions, yielding a better understanding of the evolutionary host-parasite interrelationships present within our world’s remarkable ecosystems.

Furthermore, parasitology provides a powerful tool that contributes greatly to our comprehension of contemporary environmental problems and management of natural biological resources.”

“Power to make a difference”

After her Master’s degree, Linda plans to enrol for a PhD, including environmental toxicology and behaviour to her studies.

She says she would love to continue as a researcher and it is her greatest dream to help improve the marine environment and to make a positive difference for the organisms in these environments.

In addition, she would love to contribute to the conservation of biodiversity in specific marine populations.

“I love my research and I believe that when someone is passionate about their research they have the power to make a difference,” she says.

Project title: The investigation on the onchoproteocephalidean cestode fauna of elasmobranchs of South Africa