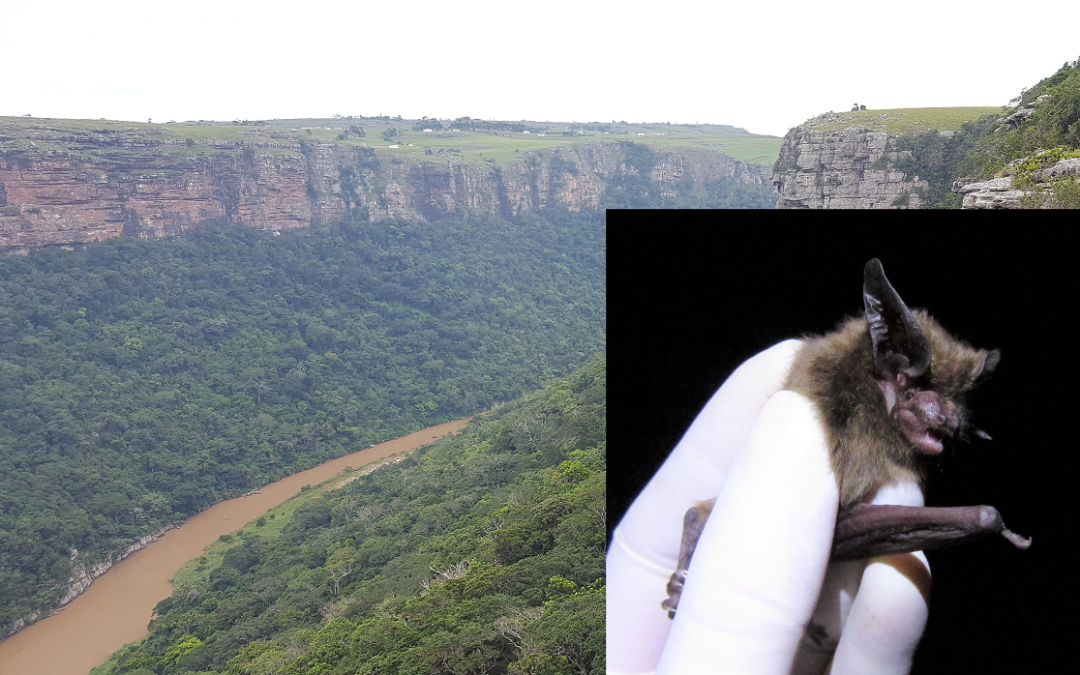 Forest bats were spared from an icy extermination during the Last Glacial Maximum, holding lessons for present threats and conservation management.

The Last Glacial Maximum (LGM) is a notorious period in the recent history of the earth (about 25 000 years ago) when ice sheets – expanding outwards from the poles – were at their greatest extent.

For forests, which thrive in warm and moist conditions, it was a particularly perilous time of contraction due to cold and dry weather conditions during the Last Glacial Maximum.

Changes in habitat extent (like forest cover) typically cause range changes for inhabiting animals leading to fluctuations in their population sizes and genetic diversity.

Against this backdrop, Stellenbosch University PhD candidate Monika Moir and her team set out to determine whether forest bat species underwent population size changes due to historical forest (size) fluctuations.

The study formed part of the Eastern Cape Forest project – one of the Large Integrated Projects funded by the Foundational Biodiversity Information Programme (FBIP).

According to Moir it was important to investigate the genetic diversity and population genetic structure of the forest bats to understand their genetic viability in future – i.e. how well they will survive amid current global change conditions by looking at past climate scenarios.

“Population genetic structure is the measure of gene flow between populations to understand if populations are connected or isolated from one another in terms of genes moving between them,” Moir explains, adding that less gene flow means lowered future genetic viability for bats.

Forests are fragmented and form the smallest habitat type in South Africa, yet they support a large amount of the country’s animal diversity and are of high conservation value.

As part of the forest fauna, bats are vital components of the ecosystem as they display high diversity and perform essential ecosystem services like suppression of arthropods, seed dispersal, and pollination.

Moir says forests have experienced large changes in terms of the amount of area they covered over the last 2.6 million years, due to climate change cycles.

The findings suggest that the bat species in the study found refuge in the south-east region of South Africa during the Last Glacial Maximum – a region that was forested.

The African continent, however, experienced less dramatic climate change than the rest of the world with fewer extinctions of small mammal species.

While vegetation shifts and reduction of forest coverage were less pronounced in subtropical south-east Africa than further north.

According to Moir this is an indication that the climate was more stable in southern Africa, particularly south-east South Africa.

“It appears the lower climate footprint and climate stability over the study region prevented large-scale population declines of the bat species during the Last Glacial Maximum,” she says.

The paper, published in the Biological Journal of the Linnean Society, also showed that several aspects of the ecology of the bats (such as habitat use, roosting requirements and migratory behaviours) determined their gene flow and genetic diversity.

These findings provide novel insights into the importance of the specific ecological traits relevant to maintaining gene flow and genetic diversity for the study species which may be used to derive conservation applications relevant to each species.

“We cannot effectively protect vulnerable species by only conserving forest habitats, we also need to protect their roosting sites like caves from disturbances, and ensure their migratory routes are safe from hazards such as wind turbines,” she says.

The findings likely have similar conservation implications for other forest animal species.

In terms of foundational biodiversity data, Moir says the team generated sequences of two mitochondrial genes, cytochrome b and D-loop.

“The sequences we generated are novel for the species used in the study and the region – they are available online for public access via GenBank,” she says.

The FBIP is funded by the Department of Science and Innovation (DSI) under the Global Change Programme and is jointly managed by the National Research Foundation (NRF) and the South African National Biodiversity Institute (SANBI).