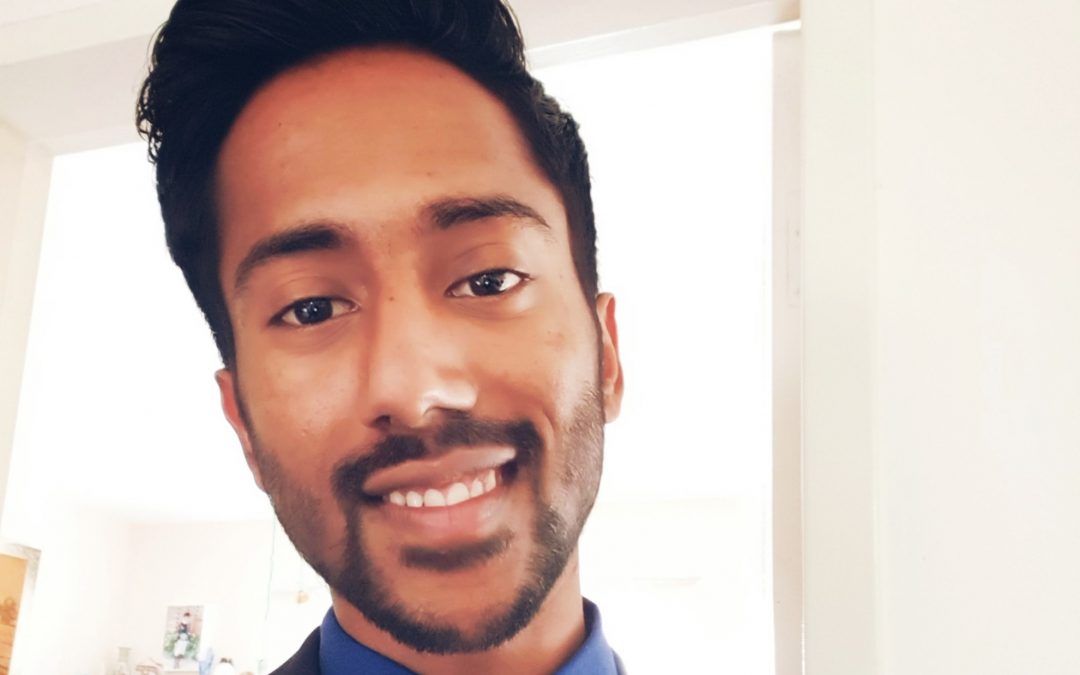 Kaylan Reddy is a 24 year old first generation student both to university and as a post-graduate student whose initial interests were biochemistry. He grew up in Pretoria.

He recalls that from a young age he sought to understand what made people the way they are at a biochemical level which led him to pursue a BSc in Biochemistry and Chemistry at the University of Pretoria. He then became interested in how scientists could manipulate the chemistry of life within humans and pursued an Honours in Medicinal Plant Science.

“This was incredibly valuable and fostered a new love for plants. I decided to move to Stellenbosch University, where I am now doing a study which looks at the chemistry and genetics of medicinal plants,” he says. For his MSc, Kaylan is investigating a plant called Sceletium, which was initially used by the Khoi and San people of South Africa as a mood elevator. More specifically his research looks at the utility of the genus as a natural product to assist with anxiety and depression.

Kaylan’s academic journey has not been without its challenges, but he acknowledges that it is “part of the process”. “Moving away from home was a difficult decision to make but a necessary one in my pursuit of a fulfilling career in science – it was challenging to adapt to being completely self-sufficient in a city away from any friends or family – I am adapting,” he says.

He has also experienced challenges related to his project (field work and laboratory work) due to the COVID pandemic and lockdown restrictions. Yet, he says he has bounced back and is making great progress now despite also experiencing some personal challenges related to learning new techniques associated with genetics, phylogenetics and molecular biology techniques.

Kaylan’s study is focused on looking at the chemical and genetic (phylogenetic) trends within the medicinally important genus Sceletium. From his initial research he has seen that there is a great deal of chemical diversity both between and within species.

“We suspect that there may be cryptic species in the genus. Using DNA barcoding for phylogenetics as well as chemical trends between populations, we intend to answer these questions. Currently, the medicinally cultivated species used to assist with anxiety and depression is S. tortuosum,” he says.

Tentative results indicate that these chemical traits is not limited to this species (S. tortuosum). Therefore, understanding how these traits are distributed within the genus could assist in identifying a medicinally important species that may have been neglected. Alternatively, this chemogenetic information could also indicate species or ecotypes that are collected but do not have valuable chemistry which is apparent in some populations of Sceletium.

In terms of his career aspirations, Kaylan would love to become an academic researcher (and lecturer) to contribute to the body of knowledge in science. He says that he is passionate about giving another person the ability to see life through the lens of science – as he was taught by his mentors.

“I also intend to become a science communicator and have my own reality TV show where I demystify science and make it accessible to a wider audience. Science has too many “walls” at this stage. This dream may be far fetched, but I also intend to revolutionise the field of chemogenetics and win a Nobel prize in the field. I will use the prize money to create a chain of schools to assist in science education from a practical stance for developing communities. They can then practically use this science in their communities to make the standards of living better.”

Title: Chemotypic and genetic diversity in the Sceletium genus