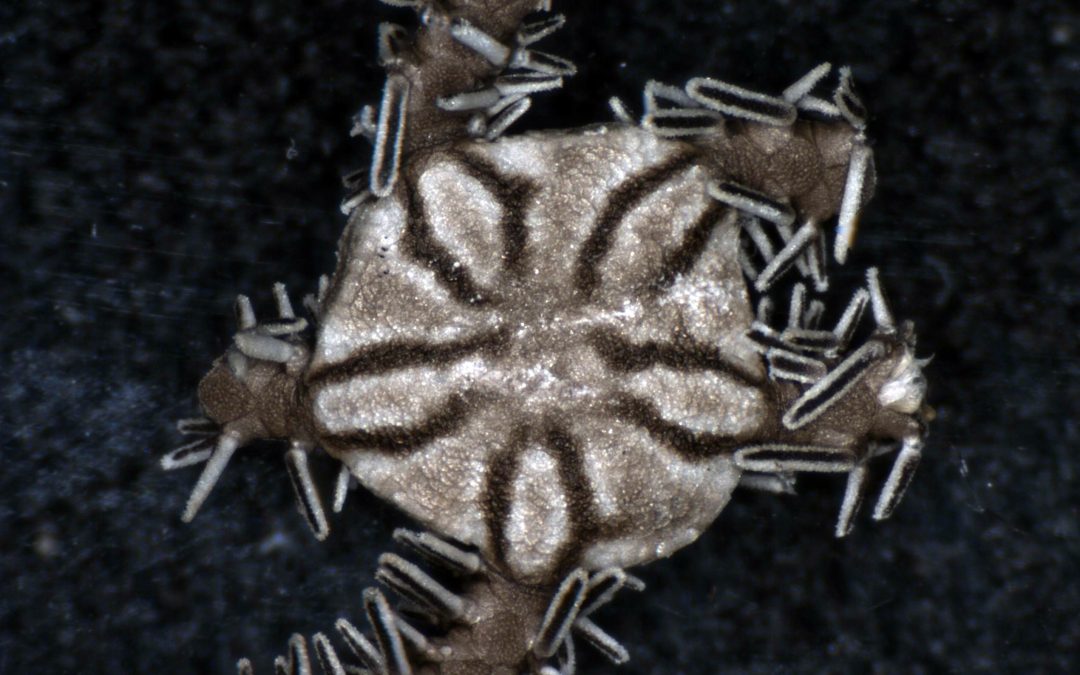 Cape Town – The number of brittle star species known from South Africa has escalated by 20%, after a recent SeaKeys taxonomic study.

The taxonomy of brittle stars, scientifically known as ophiuroids, is back on track after a 40 year lull during which no work was carried out on the regional taxonomy of the group.

University of Cape Town PhD student, Jennifer Olbers, tackled the group’s taxonomy under the guidance of Prof. Charlie Griffiths, who said this kind of ‘taxonomic stagnation’ was true for many marine groups.

“There are only a handful of marine taxonomists in South Africa, each of whom normally work on just one group. Many groups thus go for decades without being studied,” said Griffiths, who is an exception to the norm in that he works on several groups.

On the importance of such taxonomic studies Griffiths says that the ability to accurately identify species is key to all forms of biological science.

“In conservation, for example, it is important to know which species occur in a reserve, and whether the ‘species’ in one reserve are the same or different to those in another,” he said.

The study is linked to the Foundational Biodiversity Information Programme’s (FBIP) SeaKeys project – a large collaboration that aims to collate and increase marine biodiversity information in service of society. 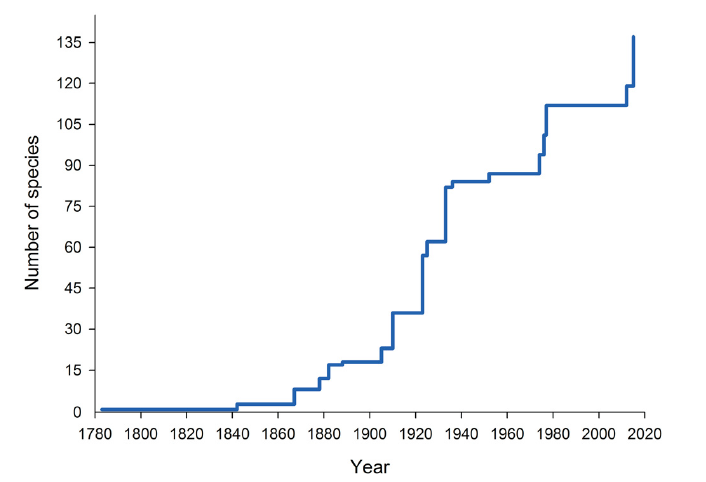 The species accumulation curve is a graph describing the rate of species discovery for a particular taxonomic group over time.

Such graphs look very much like ‘ladders’, with vertical steps indicating increasing species discovered and horizontal platforms on the time axis indicating periods when no new species were discovered.

The ‘step ladder’ for brittle stars in South Africa started in 1783 with the description of the first species “Asterias euryale from the Cape of Good Hope” by a Swedish naturalist, Anders Jahan Retzius.

For 60 years, reflected on the graph by a long straight horizontal line from 1783 to 1923, this was the only brittle star known from the region

From 1923 the graph begins to climb again in an irregular stepwise fashion due to “a number of reports by largely three European researchers whose work focused on South African echinoderm collections over approximately the following half century, culminating in the monograph of Clark & Courtman-Stock (1976)”.

The present study, published in the journal African Natural History, broke another 40-year lull (1976-2016) in brittle star taxonomy, and sent the curve on a steep ascent once again.

The study increases the known ophiuroid fauna by 24 species across 11 families and 19 genera, taking the total number of known species from South Africa to 137.

Griffiths says this study formed part of a wider project which set out to provide an “accurate, up to date and easy to use guide to brittle star species of South Africa”.

This first paper describes and adds a whole range of new species to the regional fauna. A second paper, presently in press, will go further to provide an illustrated guide to all the regional species.

The field guide, being developed with the Belgian Global Taxonomic Initiative and Museum Victoria in Australia is due to be released at the end of 2018.

For now, Olbers and Griffiths are happy to be able to “tick” the brittle star group off as being done and up to date, and to “move on to other groups that are more in need”.

Much of South Africa’s Exclusive Economic Zone (EEZ) is poorly known, meaning that the taxonomic milestone achieved with the brittle stars is ‘only just the beginning’.