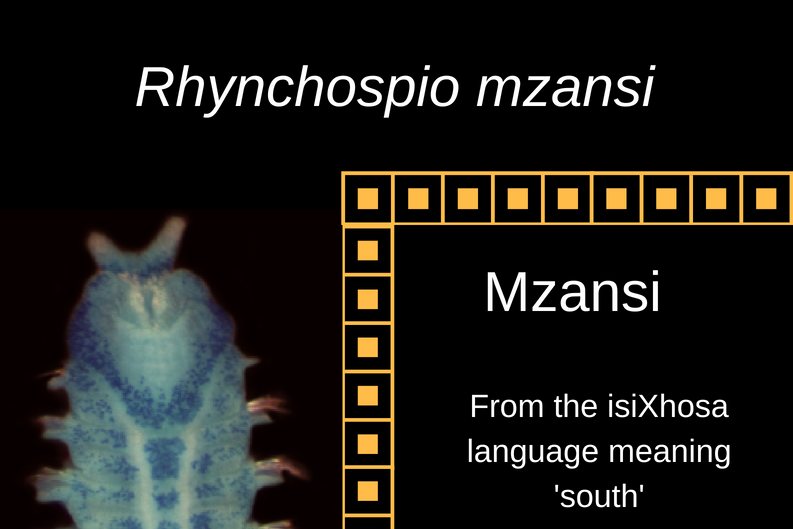 Cape Town – A new species of polychaete has been discovered by chance off the coast of Gansbaai in the Western Cape of South Africa.

Polychaetes, more commonly known as bristle worms, are mostly marine segmented worms generally less than 10 cm in length, but with some uncharacteristically huge exceptions being more than 1m long.

An adequately powered microscope reveals the structures which give polychaetes their name – each body segment has a pair of fleshy protrusions called ‘parapodia’ which bear many (i.e. poly) bristles, called chaetae.

As with most remarkable scientific discoveries, the ‘Mzansi’ polychaete (Rhynchospio mzansi) was discovered by chance.

The research was published in the journal of Marine Biodiversity and formed part of the Foundational Biodiversity Information Programme’s (FBIP) SeaKeys project – a large collaboration that aims to collate and increase marine biodiversity information in service of society. 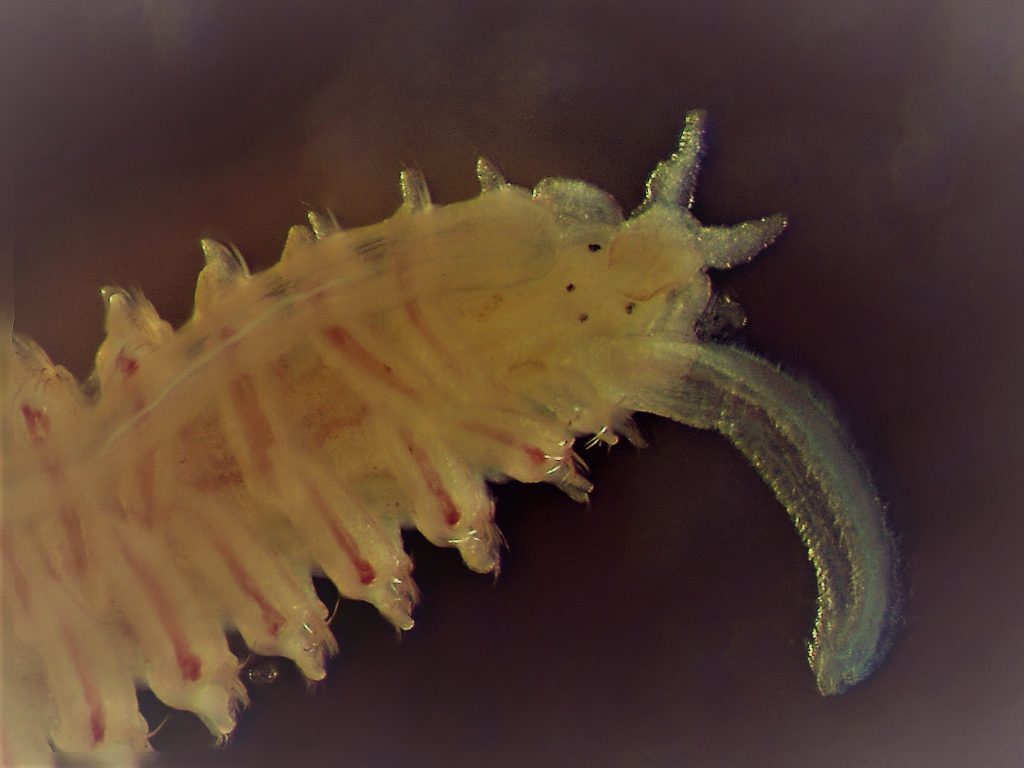 “These worms occur within the path of the effluent outflow, which creates a unique environment of high nutrient load in the intertidal … as water flows from the farms constantly,” Simon told the FBIP.

So, the discovery of a species characterised by a head with ‘fronto-lateral’ horns – a characteristic of the genus Rhynchospio – rather than a rounded head as would be expected if it was a mud worm, raised a red flag.

Due to economic considerations in the abalone industry it was important to determine whether the new species was also an alien taking advantage of the modified environment.

The first step towards answering this question was accurate identification, a task not without challenges.

According to Simon, the Rhynchospio group of 10 (now 11) described species are not only morphologically very similar, but there are differences within species. This ‘double whammy’ makes it very difficult to distinguish between the different species.

This situation is particularly true for members of the Rhynchospio glutaea species complex, where no clear, well defined, characters have been identified to distinguish species.

The challenge has led scientists to erroneously conclude that R. glutaea – originally described from Argentina – is widespread when specimens resembling the original description of the species were found in far-flung ‘disjunct’ locations.

Simon says the taxonomic research community is now more aware that it is unlikely for a single species to have a naturally wide distribution across multiple ocean basins.

The widespread geographical distribution of R. glutaea thus led to the formulation of two theories based on prior polychaete research:

To test the two theories Simon and her team not only undertook morphological observations on the specimens using stereo and scanning electron microscopy, but they also used molecular techniques to compare four DNA gene regions. 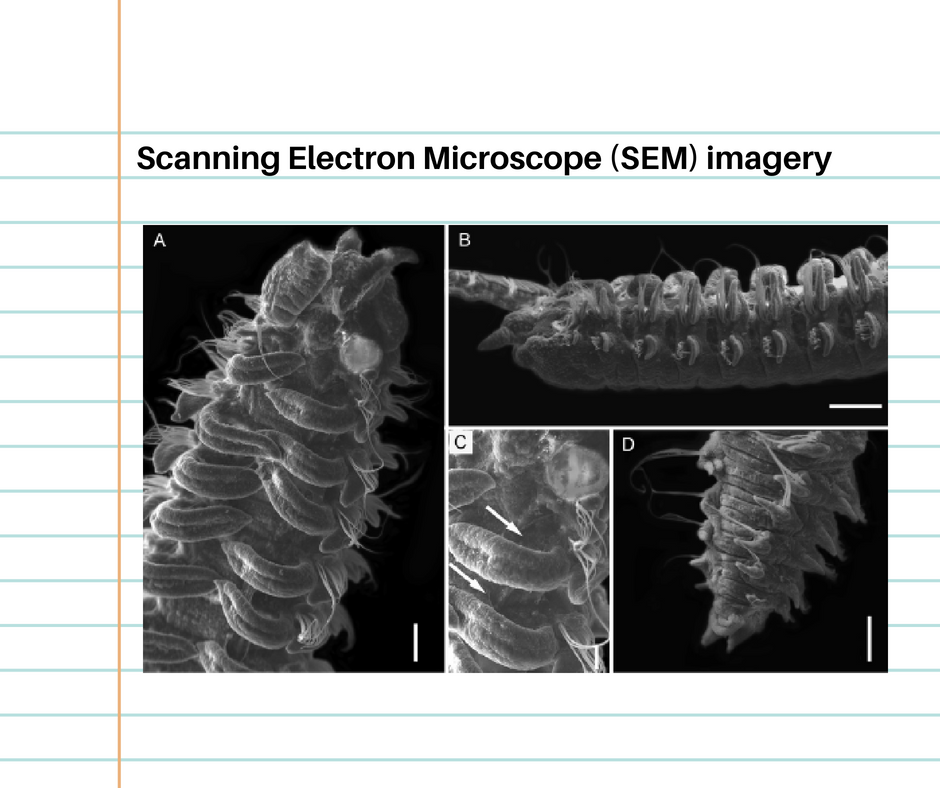 Statistical analysis of the gene sequences produced a phylogenetic tree which showed a distinct clustering of the newly discovered specimens on its own ‘statistically significant branch’. 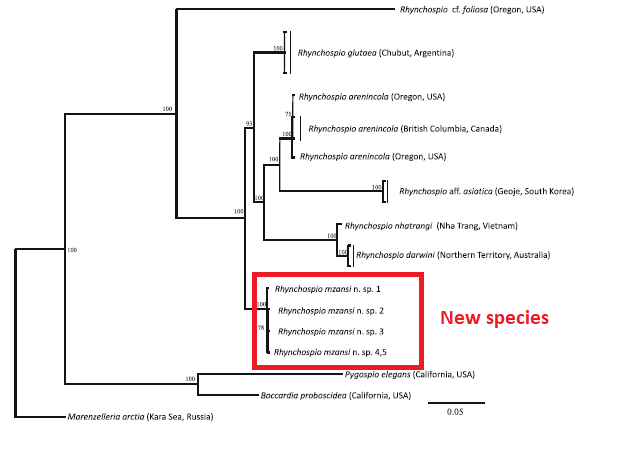 Said Simon: “this is indeed a new species, making it the only species in this genus to be described in South Africa. It is the most basal/primitive of the species within the R. glutaea complex, and is most similar to the ‘original’ species R. glutaea, described from Argentina”.

Inspiration for the naming of the new species came from the isiXhosa language where Mzansi means ‘south’. The word is used to refer to the country South Africa as a whole – this is the first species of Rhynchospio described for the region.

Simon says the naming of R. mzansi follows the naming trend of other recently described species in the genus. 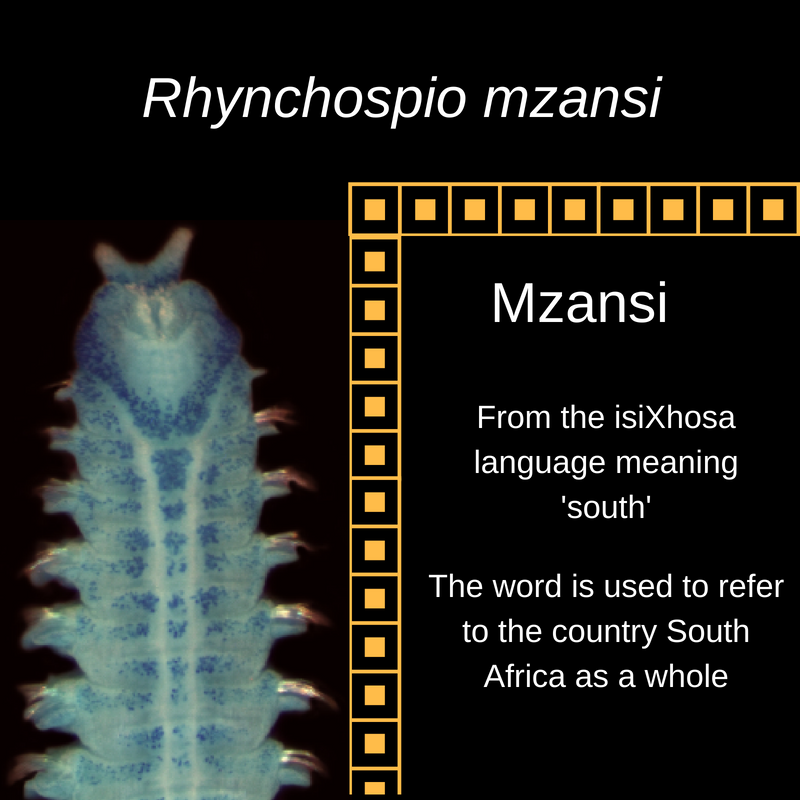