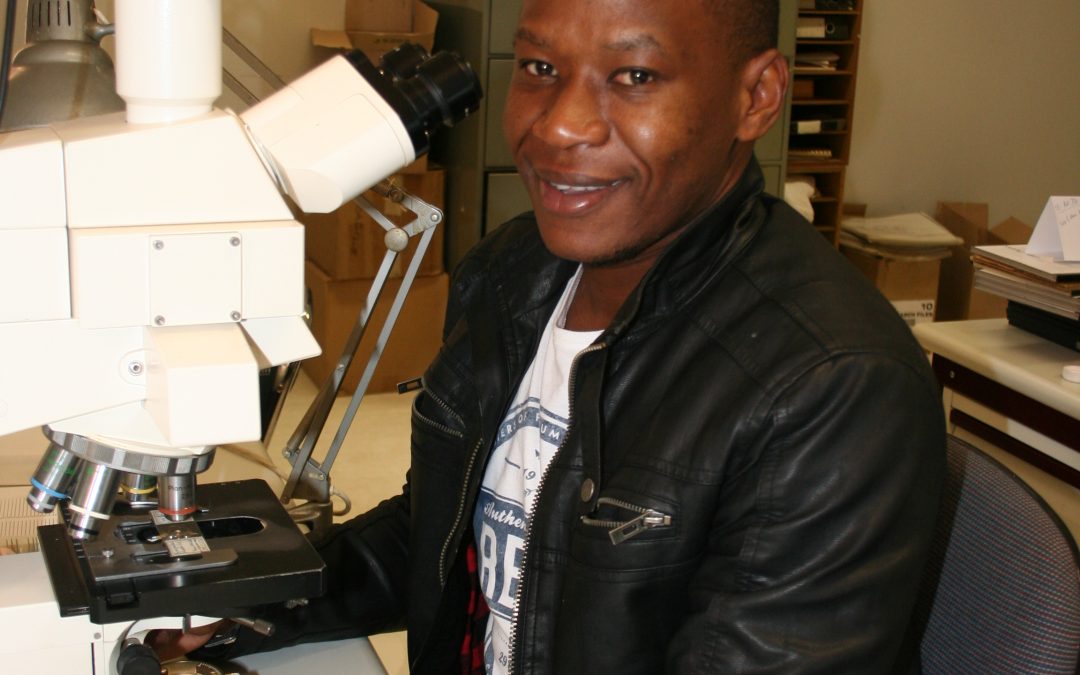 A new flat mite species has been described for South Africa.

It is the fifth South African species to be included in the genus grouping Obuloides which now comprises eight species.

Mites are small arthropods belonging to the class Arachnida and the subclass Acari – most mites are tiny, less than 1 mm in length, and have a simple, unsegmented body plan.

According to acarologist and South African National Biodiversity Institute (SANBI) research leader Dr Pholoshi Maake flat mites pose a significant threat to agriculture in many countries as a high risk exotic pest, due to their wide host range and destructive potential.

“Their importance has also increased significantly over the past 40 years because of their association with plant viruses and quarantine importance,” Maake told the FBIP.

He says the proper taxonomy of these mite groups or species is critical as the confusion between species and sometimes even between genera could indicate that decades of mite-host association and distributional data could be erroneous.

In the past, this has indeed caused problems to South Africa’s exports and interception of quarantine species at the country’s economic entry points.

The species description was published in a journal dedicated to research relating to mites and ticks: Systematic and Applied Acarology.

The new species, Obuloides crinitus, can easily be confused with its sister species due to overlapping characters particularly those relating to the dorsal and genital parts.

However in terms of describing the new species, Maake explains, a closer look at O. crinitus will show distinct variations and one of the prominent characters is the finely granulated ‘prodorsal and opisthosomal shields’, a character that no other species of this genus has.

According to Maake suitably designed studies such as the present one are needed in order to retain capacity and provide an opportunity to unravel foundational biodiversity of all known South African animal species.

Maake says data from this research, for example, is invaluable for future systematic, biodiversity and conservation studies of arachnids of southern Africa.

“All collected and correctly or partially identified arachnida specimens are accessioned with the National Collection of Arachnida housed at the ARC Plant Health and Protection, Pretoria to ensure long term preservation of South African biodiversity and to serve as reference materials for future taxonomic studies,” he says.

Importantly, this new knowledge and better understanding of flat mite diversity and ecology have already been shared with various stake holders and is contributing to the improvement of conservation and management of agricultural crops in South Africa.