MSc FOCUS: Biology was her favourite subject at school, now she’s on her way to becoming an ant expert 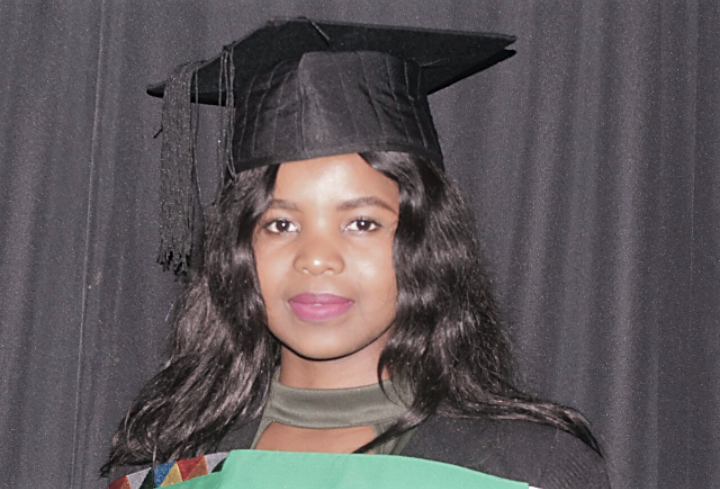 Abusisiwe Ndaba is a 24 year old MSc student who grew up in Matatiele in the Eastern Cape.

During her high school years biology was the subject that she most enjoyed, yet she had no idea of it being a subject that could be deeply researched. However, she knew that one day she would like to work with animals, whether in the medical field or in general.

To explore the greater depths of biology, in (2015) she enrolled for a degree in Biological Sciences at the University of KwaZulu-Natal. Things got even deeper when she developed an interest in insects in her second year as a biology student.

Abusisiwe would assist on field trips and in laboratory work of postgraduate students working on insects. Here she developed a fascination for ants and subsequently applied to undertake an honours degree on an ant project. Fast forward to 2021 and she is in the process of completing an MSc in Entomology, specializing in ant taxonomy.

As is the case for most natural science researchers globally the COVID19 pandemic took its toll on her laboratory work – to a great extent. She says access to the laboratory was restricted and field work could not take place.

“This delayed me from getting my results and starting the write up in time,” she says.

However, during lockdown, with a resourceful approach she started writing up sections that did not need results. These included literature review, finding papers and reading articles for her final write up.

When the restrictions were eased, she used every opportunity to get both her field and laboratory work going. She also expresses gratitude to her supervisors for always being there and guiding her to make as much progress as possible under strict working conditions.

Abusisiwe took some time to tell us exactly what her project is about and how it will make a difference in South Africa:

“My present study focuses on ant taxonomy. There is no recent taxonomic revision of the genus Anoplolepis in the Southern Africa. This genus is economically and ecologically important, including Anoplolepis custodiens that is common in the fynbos region and are considered as seed dispersers in the fynbos biome.

Species in this genus are known to be very aggressive, displace many other ant species and one species, Anoplolepis gracilipes, has been listed as one of the 100 worst invasive species in the world. There are published records of the presence of Anoplolepis gracilipes in South Africa, however, these records have no actual specimens and no images. There are also no new specimens that have been collected to date of this invasive species.

This study will confirm the presence or absence of this invasive species in Southern Africa by going through available collections and by sampling harbours, most especially Kalk bay harbour where the records of Anoplolepis gracilipes were collected. This information will be used to aid conservation decision making for conserving Anoplolepis species in the future and to detect new and invasive species.

Most of my work uses microscopy to get the morphological aspect of the ants and molecular data to identify ants in this group to species level. I use an integrative taxonomic approach which combines traditional morphological approach and molecular data, to address the complications caused by intraspecific polymorphism (variation in morphological characters within species), existence of cryptic species and interspecific hybridization (crossing of two species from the same genus) which are shown by this group.

This study will produce an updated species identification key to species in the genus Anoplolepis. This project will develop scarce skills such as the taxonomic identification and the descriptions of new species, the barcoding of specimens and the overall revision of this economically and ecologically important ant genus.”

When looking into the crystal ball Abusisiwe sees herself as an academic researcher. She would also like spend more of her time engaged in the activities such as the Iimbovane Outreach Project, which runs programmes where school learners explore biodiversity – specifically helping to develop scientific skills in primary and high school learners, mainly from disadvantaged backgrounds.