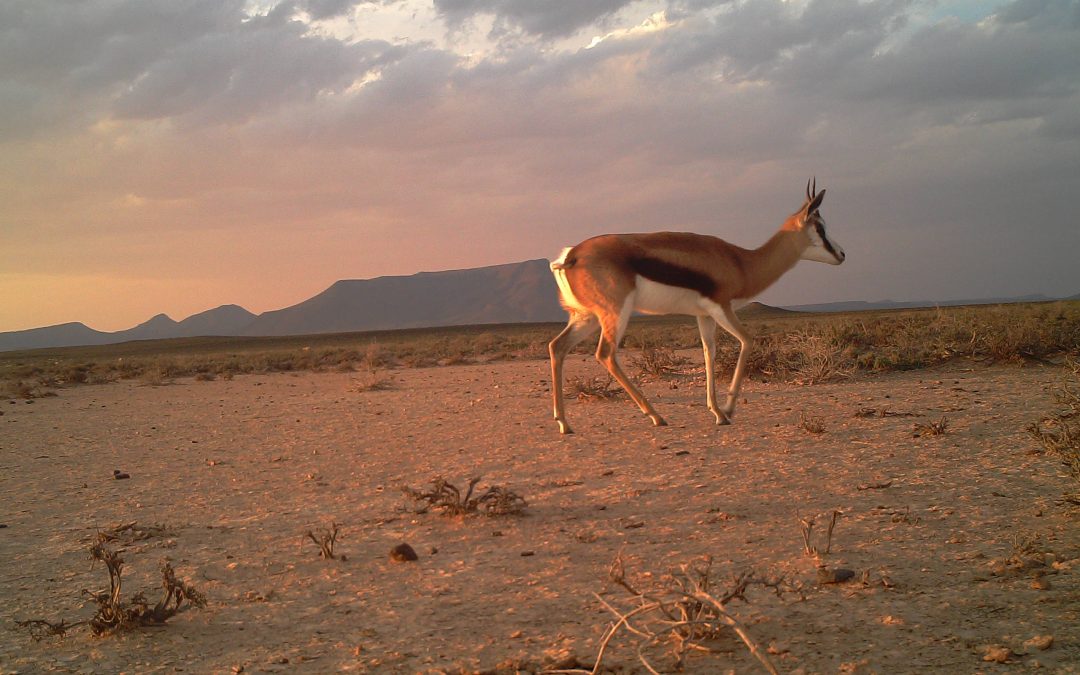 Cape Town – A recent study has shown that mammal data alone is not a good indicator for making decisions about where fracking could be carried out without impacting on biodiversity, yet the data should form a key part of the baseline data from the larger Karoo BioGaps project. 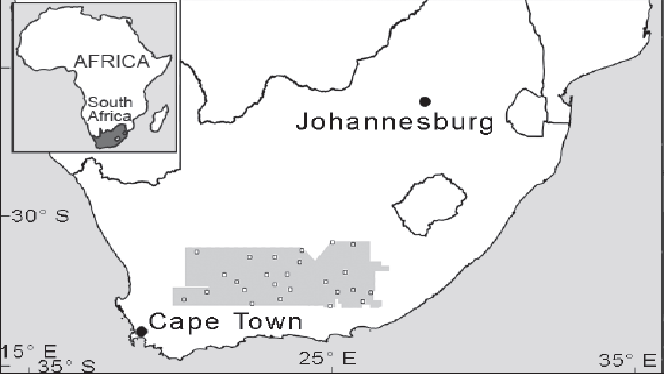 The natural gas predicted to be present in the Karoo basin is trapped in large shale formations and can only be released by the controversial process of hydraulic fracturing (or ‘fracking’).

According to the paper, published in the African Journal of Range & Forage Science, concerns have been raised over the potentially negative impact this process will have on the region’s agricultural activities (mostly free-ranging livestock), freshwater resources and general ecology.

The study was conducted as part of the Foundational Biodiversity Information Programme (FBIP) Karoo BioGaps Project, which aims to plug the gaps in understanding of which species occur in which parts of the Karoo.

A mammal survey conducted by University of Cape Town PhD student Zoë Woodgate and her colleagues found 38 species across the Shale Gas Exploration Area (SGEA), which she says is similar to other camera trap studies conducted in the drylands of South Africa. 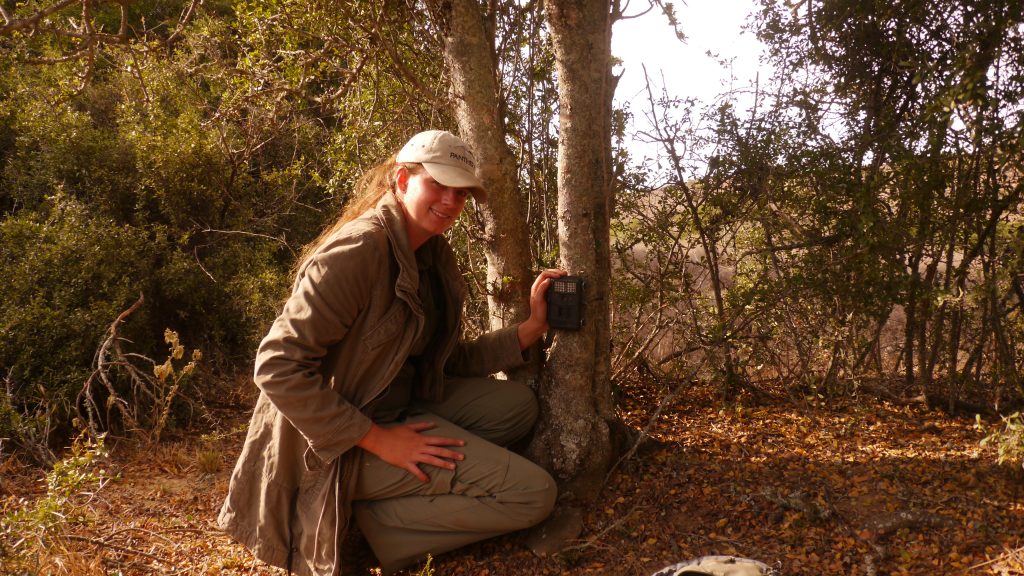 Woodgate said that despite not finding any ‘incredibly rare’ species (e.g. riverine rabbit or leopard), the figure was important because it provided a ‘baseline’ figure.

According to Woodgate the most important contribution of the study was the ‘pattern of species richness’ across the landscape, as it would be most valuable to policy makers with regards to the Karoo and fracking.

“Surprisingly we found that species diversity was only determined by longitudinal position, with greater diversity present near the eastern edge of the SGEA, where the influence of neighbouring species-rich grasslands and savannahs bolstered the number of species we recorded,” she told the FBIP.

An increase in species diversity across a longitudinal gradient means that diversity increases from west to east in the Karoo region.

Woodgate and her colleagues initially thought that species richness would be dependent on various biological predictors, such as rainfall – but instead it simply was more diverse in the east.

“This suggests that the current assemblage of species is so robust, it’s unaffected by such drivers. The loss of large predators and herbivores has led to the rise of medium sized generalist species” she said.

The study made use of 225 cameras deployed across 25 sites.

The study also sought to highlight areas with either high mammalian diversity or unique species assemblages so as to flag those areas as important to conserve. 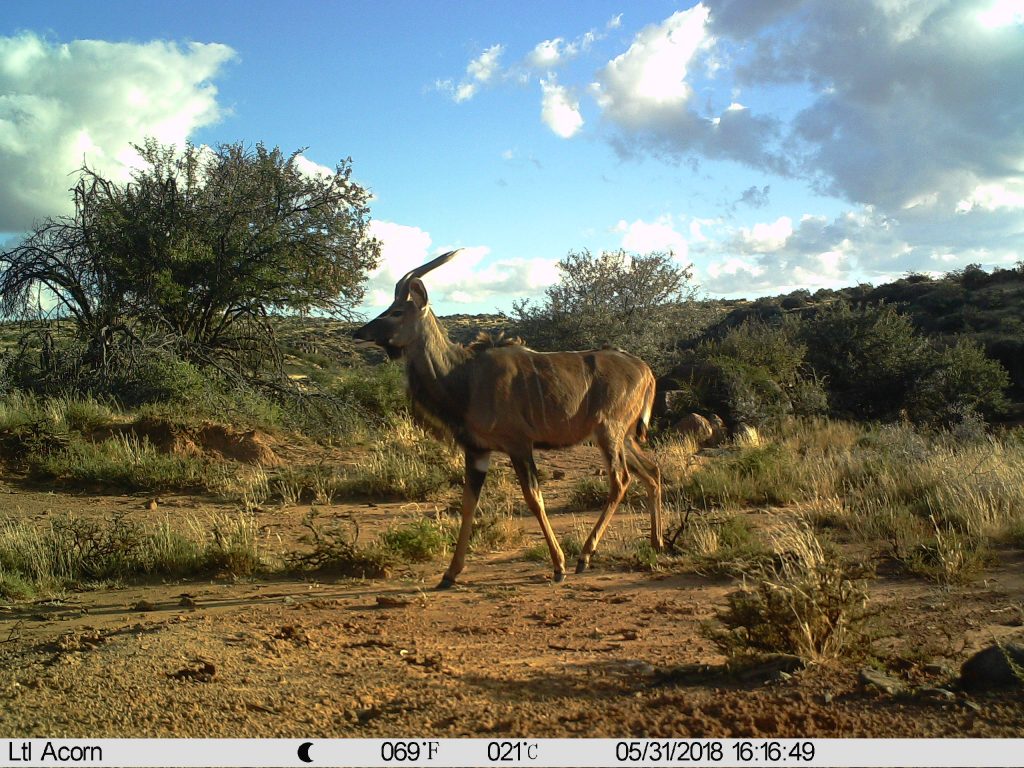 According to Woodgate the study did not find any particular hotspots of mammal diversity in the Karoo. “Most of the species detected are adaptable, have large geographic ranges which extend far out of the Karoo and are not of conservation concern,” she said.

Based on the findings Woodgate suggests that mammal species diversity is not a good indicator of ecological sensitivity.

At the same time the study also found that the current extensive livestock grazing present in the Karoo is compatible with fairly high mammal species richness and, because there is a 400 year history of this land use, the present species richness is likely to be stable (i.e. robust to change, and reflects those species capable of adapting to human-modified landscapes).

“Instead, we believe that policy makers should incorporate our results alongside data from other taxa and small mammals (mice) from the BioGaps project to identify and protect areas of ecological importance in the Karoo,” she said.