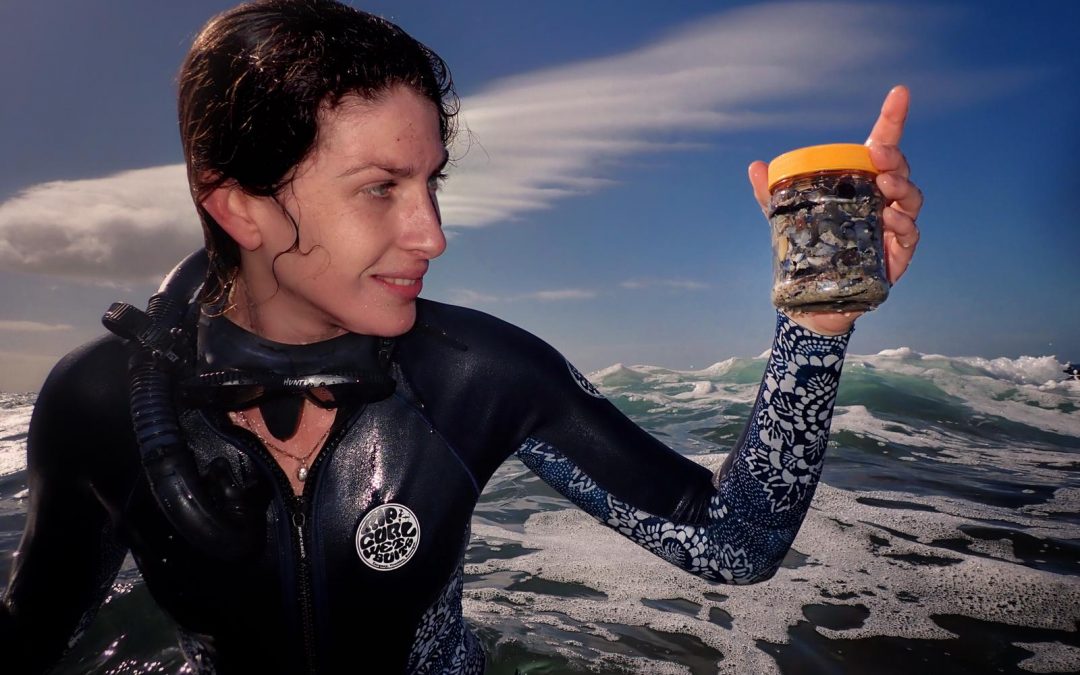 Rouane Brokensha finds it ‘strange’ to be considered the national expert on hermit tanaids. These are tiny shrimp-like marine creatures that live in empty snail shells.

She has been assigned this status after just completing her honours year but owns it with the responsibility it deserves.

She places the situation within the context of the state of global taxonomy, where there is a lack of taxonomic experts working on inconspicuous marine groups.

The Convention on Biological Diversity (CBD) has acknowledged the existence of a ‘taxonomic impediment’, referring to the shortage of taxonomic expertise, taxonomic collections, field guides, and related issues plaguing the sector.

The challenges become even more acute when one drills down to marine invertebrates, which she says is “highly data deficient”.

For her current FBIP-funded MSc study on mantis shrimps, the situation is similar. She is well on her way to becoming THE SA expert on this group, as there is no taxonomic expert in South Africa.

At the moment, all her mantis shrimp queries go to Prof Shane Ahyong from the Australian Museum.

The 26-year-old Capetonian says she is overcoming these difficulties through a combination of teaching herself the necessary taxonomic aspects of her chosen group, and keeping in contact with experts from around the world.

“My supervisors gave me the tools with which to tackle new groups with which they have no previous experience. As a postgraduate student, I think it is important to remember to self-teach under a taught method,” she says.

She also highlights the importance of biological conferences as an important source of networking for biodiversity research. In 2019 she attended the midyear meeting of the Crustacean Society in Hong Kong.

She describes the connections she made in Hong Kong as an “incredibly valuable resource” for expert advice in her field of study.

Rouane is currently completing her master’s in marine biology at the University of Cape Town under the supervision of Emeritus Prof Charles Griffiths.

Her thesis topic deals with a taxonomic and biodiversity review of the Stomatopods or Mantis shrimps (Crustacea: Stomatopoda) of South Africa.

She is in the process of producing a guide to South African species, while also generating high-quality foundational biodiversity data for collaboration and publication.

Mantis shrimps are predatory marine crustaceans often thought of as the “thugs of crustaceandom” and are of great commercial value in Japanese, Cantonese, Pilipino, Vietnamese and Mediterranean cuisines.

At present, the known number of Stomatopod species in South Africa is 35. However, the last complete list of mantis shrimp was compiled in 1950 by KH Barnard.

Rouane says species descriptions and distribution records are scattered in the literature, making biodiversity mapping and identification in the field difficult.

Despite being an important group in the marine environment, the order Stomatopoda has been vastly neglected in South African biodiversity research.

Therefore, Rouane is in the process of revising the group taxonomically and compiling a guide to the Mantis shrimps of South Africa in alignment with the priority plans of the latest South African National Biodiversity Assessment (NBA).

This project will fill an important biodiversity information gap, thereby laying the foundation for further research.

She describes her work as one of the blocks building up our biodiversity knowledge for effective management in South Africa.

“We can only effectively manage what we know to be there,” she says.

Rouane hopes to gain some work experience after completing her masters while still staying connected to her field and studies.

“Eventually, I intend to apply for a PhD in marine biodiversity research. Although the exact details of my thesis are in development, I am determined to continue to describe the biodiversity of South Africa, especially the life present in Cape Town’s unique kelp forest ecosystem.

“With a background in both scientific and creative writing, I consider each new species or ecological interaction a story. It is my intention to join projects focusing and working toward filling our biodiversity knowledge gaps in South Africa and to communicate them effectively.

There has never been such public ecological awareness and interest in exploring our coastlines. I hope to fuel this interest,” she says.