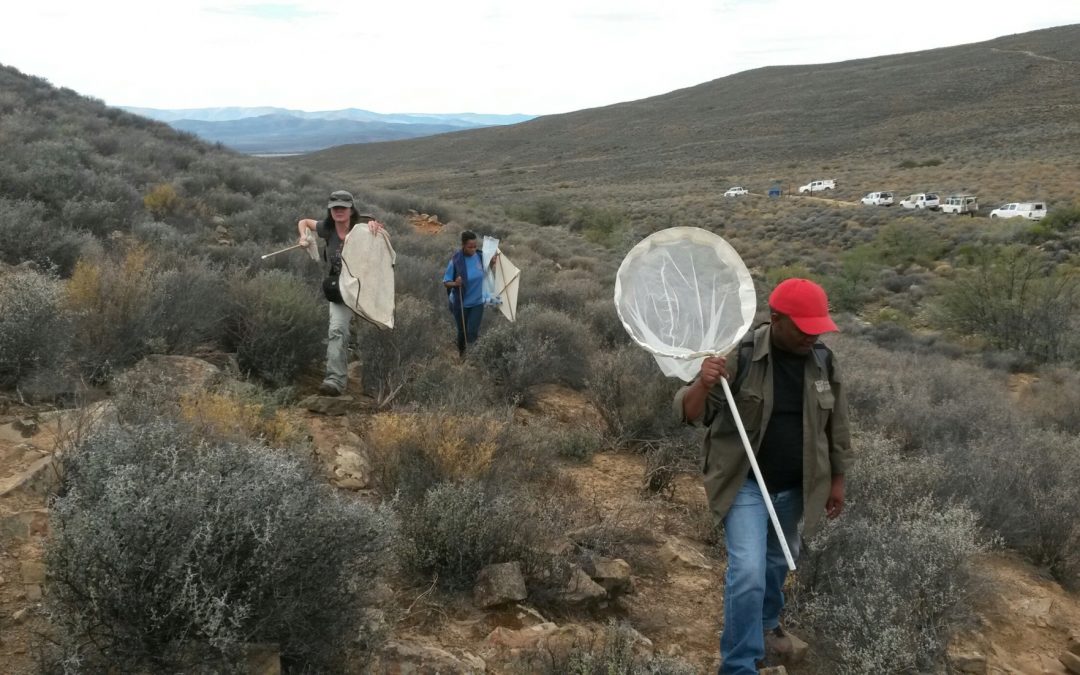 Pretoria – The Karoo is seen as an important development area for South Africa and there needs to be responsible decision-making around developments such as shale gas exploration, farming, mining, renewable energy infrastructure and the Square Kilometre Array.

In 2014 the Karoo was poorly surveyed for biodiversity and there were large gaps in our understanding of which species occurred in which parts of the Karoo.

This hampered efforts to determine priority habitats that may be sensitive to future proposed changes in land-use. As a result SANBI formed a consortium of 18 institutions and applied for, and received an FBIP grant to implement the Karoo BioGaps Project between 2015 and 2018.

The project has received a no cost extension of one year and is busy finalising all project outputs. Raimondo demonstrated which data has been mobilised during the course of the project and which products have been completed.