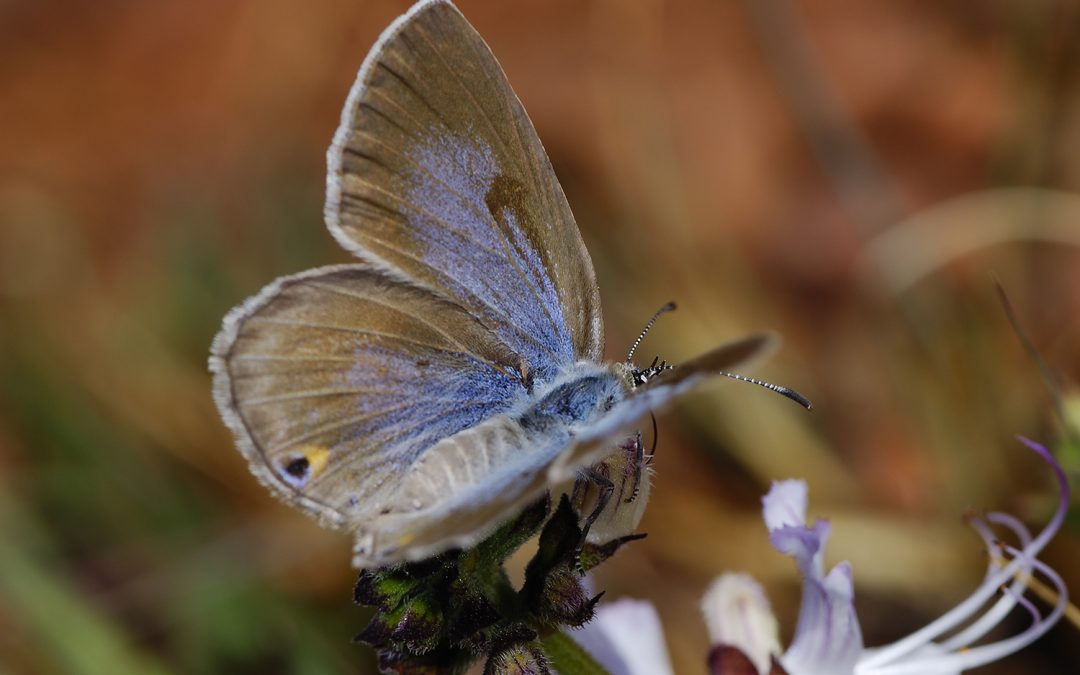 The Karoo in South Africa boasts several natural and unknown wonders, one of which are its delicate and conspicuous butterflies.

Across cultures the presence of butterflies has been associated with several meanings, some of it being perceived as omens, or mystical messengers and carriers of spiritual significance.

In a dry and hot area such as the Karoo, the presence and ecological role of butterflies is relatively unknown and researchers have identified a need for them to be investigated.

Butterfly surveyors made 82 site visits to 46 separate survey sites and despite challenges such as the design which included sites with low butterfly diversity and extreme drought conditions – exacerbated by overgrazing, an 18-month period of surveying, sampling and recording butterflies in the Karoo resulted in:

Butterflies play a very important role in a community of living organisms. Their larvae are important herbivores when weather conditions are good with sufficient rainfall. The larvae of many butterfly species have a symbiotic relationship with ants, as the ants provide shelter, enemy-free space and sustenance, either by trophallaxis (i.e., the mutual exchange of regurgitated liquids between adult social insects or between them and their larvae) or the larvae consuming the ant brood.

The butterfly larvae provide a nutritious substance from a dorsal nectar organ which is an important constituent that enhances the ant colony’s success and growth. Adult butterflies are important pollinators of specific plants and help to sustain plant diversity.

The study region for the KBBGP was planned to correspond with the shale gas exploration area in the Karoo Basin, which extends across the Western, Northern and Eastern Cape provinces of South Africa. Since the Karoo is poorly surveyed, the importance of gathering data about its ecological systems was critical.

The LSA surveyors used a Rapid Assessment Protocol for butterflies, adapted to suit the aims of the KBGP. This enabled survey sites to be statistically selected to represent the types of habitats found in the Karoo. Four biomes and 15 vegetation types in the KBGP study region were identified.

Monthly rainfall maps were used to guide and inform rainfall received during the preceding month of the sites visited. A list of taxa previously recorded in the KBGP study region was developed and butterfly taxa recorded during the KBGP were allocated to 9 butterfly functional types.

The arrangement into functional types meant that butterflies were grouped according shared biological attributes and sensitivities – in the study there were Karoo butterflies who were ant associated, grass feeders, acacia dependent, lichen feeders, mud peddlers, hill toppers etc.

The data was analyzed to compare expected butterfly occurrence with the actual observations. According to Dr Dave Edge from the LSA the data generated by the project was useful.

“The species records in many cases filled gaps in our knowledge of butterfly distributions,” Edge said.

See you when it rains again

The research team encountered several problems, involving drought conditions exacerbated by overgrazing during fieldwork in the western areas of the study region, which meant that some sites offered a very low yield of observations.

Many of the sites chosen by the KBGP, although statistically random sites across the Karoo to suit the nature of the project’s over-arching needs, were in flat lowland areas where Red listed Endangered taxa do not occur and were not ideal for butterflies. At such sites the butterfly diversity was low since butterflies prefer and are most prevalent in mountainous and topologically complex regions.

Edge and his team decided not to sample mountainous areas as it was perceived to be highly unlikely that shale gas extraction would occur in these mountainous regions. The research team would have encountered difficulty accessing these areas and its unfavourable geology.

Very few localized and rare endemics were encountered during the study period. It is anticipated that when the normal rainfall returns to the region, the survey sites will be sampled again, if funding is available.

Edge said that the team did not specifically involve (non-expert) citizen scientists as a primary data source for this project, but such inputs were received via citizen science platforms as LepiMap.

“Over 98% of the data gathered was provided by selected volunteer butterfly experts, who were able to identify and photograph butterfly species in the field, and take voucher specimens for identification, photography, and samples for DNA analysis,” he said.

The Karoo is not an easy place to live and survive in. Consequently its butterflies have learnt to adapt to erratic rainfall patterns and droughts. Migration, making the most of moisture when it is available in the form of damp patches, providing their larvae with desert host plants, and forming symbiotic relationships with ants and other organisms enable them to survive in a harsh environment.

As far as where Endangered butterflies are concerned Edge said that the KBGP contributed very little to knowledge thereof in the Karoo. Furthermore, he emphasised that the team was implementing the project in parallel with the SALCA (Southern African Lepidoptera Conservation Assessment) Project which was targeted at finding new localities for threatened and rare taxa, and adopting this approach met with success.

“Our butterfly surveys during SALCA aimed at finding new localities for threatened and rare taxa, or taxa new to science, and we continue to focus on temporal (because butterflies have short flight periods) or geographic gaps,” he added.