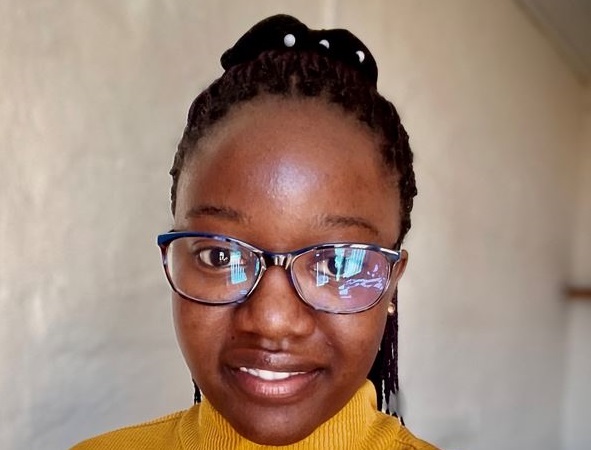 Nicolette is 25 years old and originally from Zimbabwe.

She became interested in her field of study through one of her early mentors who also happened to be her biology teacher during her tertiary education. He was a passionate microbiologist who encouraged her to pursue a career in microbiology as Nicolette was one of his top students in the subject.

However, says Nicolette, it was the combination of her (own) passion for environmental studies and microorganisms as well as her mentor’s enthusiastic teaching and guidance, which helped her to develop her career path.

Nicolette’s academic journey was not without its challenges with the Covid pandemic halting research at the beginning of 2020. She also admits that academic research on environmental samples such as soil has proved to be quite challenging, particularly on fungal samples. However, she managed to overcome these challenges by attending seminars and enrolling in workshops that were related to trouble-shooting some of the techniques.

For her Master’s study Nicolette is looking at the effects of hydraulic fracking on soil microbial communities. Hydraulic fracturing, is a common method of natural oil and gas production. Fracking for shale gas/oil in the Eastern Cape and other potential sites throughout South Africa has been hotly debated due to the perceived irreversible negative impact on the environment.

Hydraulic Fracturing can bring about environmental pollution in the form of oil contamination in the soil. Oil production is fundamental to human activities as it provides revenue, creates new jobs, and could reduce air pollution compared to the use of coal. However, there may be effects on the structure and functioning of microbial communities in the ecosystem.

Nicolette’s study provides insight on how changes on the environment caused by such human activities can alter microbial diversity especially at a time when the world is moving towards sustainable production systems. Her project will provide awareness on the importance of maintaining soil microbial communities in order to preserve its functions.

After completing her master’s degree Nicolette looks forward to developing her knowledge as a microbiologist and becoming an expert in data analysis and interpreting sequence results (i.e. expanding her knowledge on bioinformatics) as she has realized that this is the most critical part of research, particularly with molecular work.