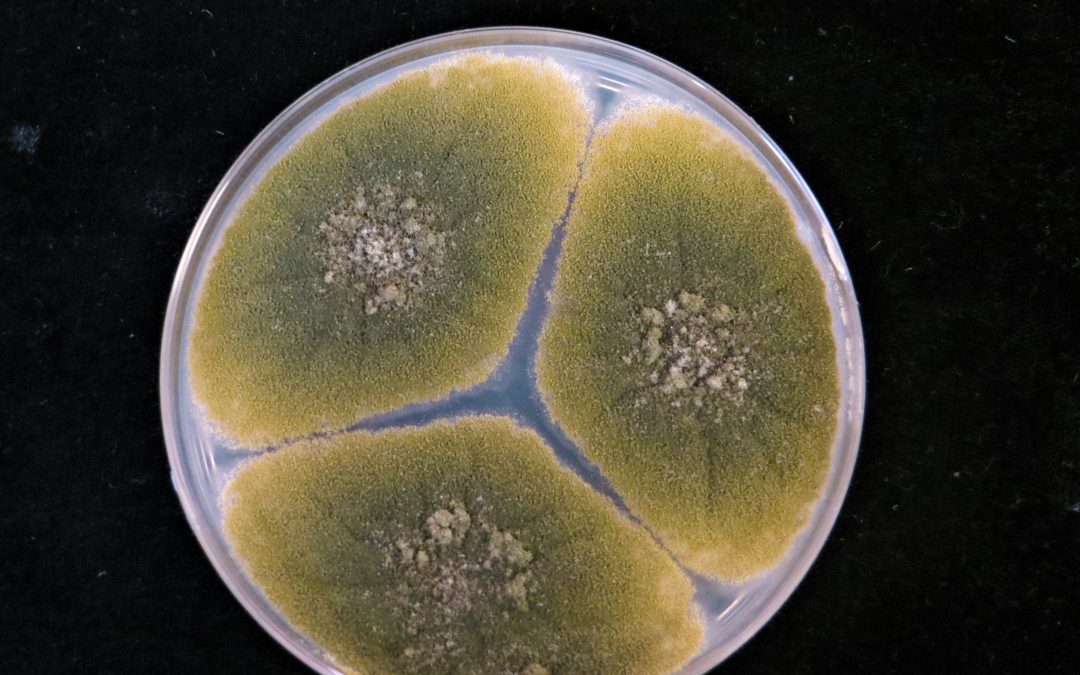 Johannesburg – In every gram of soil there are at least 10 billion bacterial cells, and they all work towards doing something useful in the soil system…

This is how FBIP-funded researcher, Prof Karin Jacobs from Stellenbosch University’s Microbial Ecology and Mycology Lab, described the scale and complexity of the soil microbiome to eNCA head anchor Sally Burdett.

So, what is the soil microbiome? Burdett asked curiously.

Jacobs used the analogy of the human body’s microbiome which serves a protective role as well as helping the body with nutrient uptake.

“In the soil they serve the same purpose. If you think of soil as a big organism – like those organisms in the gut. They sit around the root of a plant and take up nutrients for the plant.”

“But not just that, they will also stimulate plant growth if one has the right combination of microorganisms,” she told Burdette.

“And one of the most important things that we find is that the more diverse the community of organisms is, the more resilient the soil is,” she added.

As per her project proposal she has roped in established and emerging researchers from several research institutions from across the country, along with students at various levels (MSc, PhD, Postdoc) contributing to the project.

“One of the biggest outcomes of the project is to document biodiversity in the soil. So, I have a number of students who are culturing soil fungi and bacteria,” she said.

“They are evaluating the soil for useful properties. And asking various questions like; can we use them? can we put them in a little bottle and put them back in the soil?”

Jacobs said the team could not guarantee any success “but let us see what they do”.

“And we’re also just trying to understand how this complex group of organisms operate,” she explained.

South Africa has a finite ‘piece of soil’ on which to cultivate crops says Jacobs – about 12% of the country. This area is equivalent in size to the Free State and Gauteng.

An additional threat to food security is the degradation of soils through salination.

In addition, the microbiome is depleted when growers farm a single crop over multiple years and continue to harvest year-on-year without adding any supplements.

Jacobs uses the analogy of an unhealthy diet of fast foods.

“Its like being on a solid diet of McDonalds forever and trying to supplement it with vitamins, its not healthy, its not sustainable,” she explained.

To address these challenges growers have had to rethink their farming practices and cultivate an understanding of how to farm in a more sustainable manner or ‘farm smarter’.

Burdett said the concept sounded like it could be the ‘holy grail’ for every grower – spend less money, increase yield, strengthen food security.

“Surely that’s what every farmer everywhere has been trying to do – what innovation are you looking at?” Burdett asked.

Jacobs said that many farmers deserved credit as early adopters who had been farming smart for over 10 years, and were very effective.

“It requires the farmer to become an ecologist more than just someone who puts stuff on the soil and takes stuff from the soil,” said Jacobs.

“So, some of these farmers have it down to an art form – how to reduce their impacts and how to farm sustainably. They bring in animals, cover crops, inter-cropping, just to reduce chemical inputs and we’re learning from these farmers everyday.”

“So we would like to add the (microbiome) piece of puzzle; that black box of understanding on how the microorganisms in the soil contribute to (agriculture).”

Jacobs’ earlier studies have shown that plants are better protected in the presence of a resilient, diverse, community of organisms.

She cites field trials done in the Western Cape where she has seen that in drought conditions; if one has fields employing conservation farming, the yields would be the same in drought years as in previous years, whereas with commercial or conventional farming those yields will drop.

This project is funded by the Foundational Biodiversity Information Programme (FBIP), a Department of Science and Innovation (DSI) Global Change Research (Plan) initiative.

The FBIP is jointly managed by the South African National Biodiversity Institute (SANBI) and the National Research Foundation (NRF).

READ MORE: Researchers to uncover intricacies of life in the ‘rhizosphere’