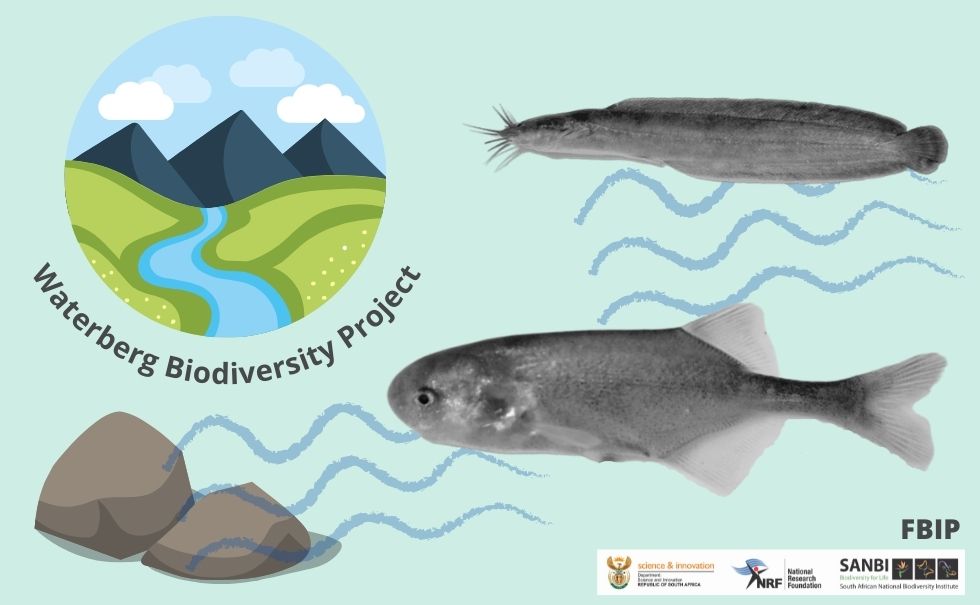 Cape Town – The FBIP Waterberg Biodiversity Project’s freshwater fish team has added new biodiversity knowledge to our understanding of the Waterberg region through its discovery of two species not previously recorded in the Welgevonden Game Reserve.

The freshwater fish team was able to capture and record 18 native freshwater fish species within the Welgevonden tributaries of the Mokolo River, including two species not previously recorded inside the reserve.

A combined research team from the University of the Witwatersrand and the South African Institute for Aquatic Biodiversity (SAIAB), led by Dr Darragh Woodford (WITS) and Dr Albert Chakona (SAIAB), conducted preliminary surveys of the freshwater fish diversity of the main rivers draining the Waterberg escarpment inside Welgevonden Game Reserve ( Welgevonden Research Camp ), including the Sterkstroom, Grootfonteinspruit and Taaibos rivers.

The work forms part of the FBIP-funded Waterberg Biodiversity Project. The Waterberg Mountain Complex (WMC) in the Limpopo Province is currently the focus of a “multidisciplinary foundational baseline biodiversity data gathering project”.

University of Pretoria project leader Prof Nigel Barker said the WMC is a region of special conservation concern and despite being situated a mere 2 to 3 hours from Pretoria, where there is a hub of plant and animal biodiversity scientists, there has never been a comprehensive and structured survey of the region.

The team plans to return to the Waterberg at the end of January, led by team members from Rhodes University, to expand their geographic coverage across the Waterberg and collect more taxonomic data for several species of which have the potential to be unrecognised cryptic species that are endemic to the Waterberg Mountain Complex.

The team will also look to collect aquatic macroinvertebrates (insects and Crustacea) for DNA barcoding, which may also reveal genetic lineages unique to this region.

On Sunday 30 January the aquatic team arrived in the Waterberg to begin their 1-week pilot study and reconnaissance field trip at Welgevonden Game Reserve, sampling tributaries of the Mokolo River. Fieldwork kicked off with 100+mm rain in the sampling area. Yet, this did not deter the researchers who continued to complete their surveys, These surveys focused specifically on aquatic invertebrates.

The FBIP Large Grant was awarded to Prof Nigel Barker over a period of three years. The project is being managed by Waterberg local, Marilize Greyling and supported by a newly incorporated non-profit organisation, the Waterberg Research Support Centre.