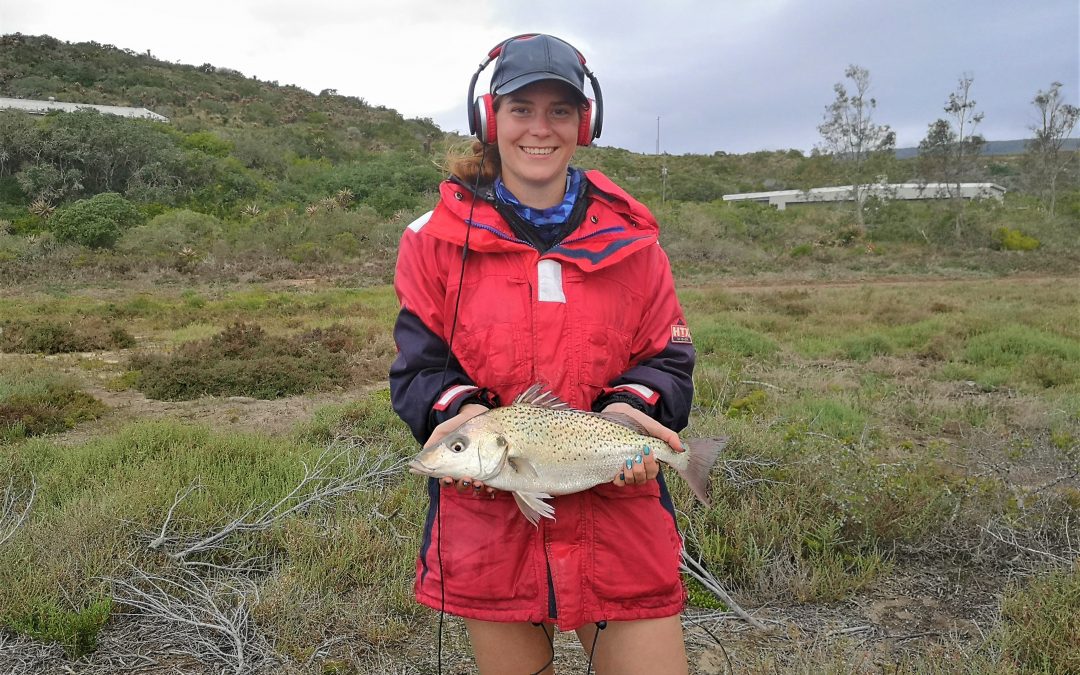 Vivienne is 26 years old and is very passionate about conservation. Discovering novel methods that can be used to assist managers and policy makers to protect our oceans and wildlife has been the driving force behind her PhD – she would love to continue in this field.

Vivienne grew up admiring nature and has always been fascinated with creatures big and small. She was often found outside catching anything she could get her hands on to get a closer look. Originally from Johannesburg, she moved to Cape Town to follow her life-long dream of studying marine biology.

Vivienne’s journey was not without its challenges or “curve balls” as she calls it. The biggest academic curve ball that came her way was in her third and final year of her undergraduate degree. Upon registration for her third year it was found that she would not have enough credits to graduate at the end of the year – she completed her first year at the University of Witwatersrand and not all of her courses received credit at the University of Cape Town.

In order to graduate she was forced to enrol for a triple major. Vivienne describes that year as incredibly challenging and her health suffered. She says she was very fortunate to have a good support system which helped her to take each day as it came.

“It is very important to reach out when you need help, I think far too many students feel that they are in this alone and that should not be the case. Despite the challenges, I am very proud that I achieved my triple major in three years,” she says.

Vivienne is most proud of having introduced herself to new fields of research, such as acoustics and genomics. She has taught herself everything she knows without prior knowledge or any assistance. Especially acoustics, which is a first for South Africa with very limited knowledge on fish bioacoustics in general.

What is Vivienne’s PhD project about?

Estuaries are productive ecosystems which provide food to many organisms as well as local communities, yet many estuarine-dependent fish species are overexploited, such as Pomadasys commersonnii, the spotted grunter. It is hypothesised that there are multiple stocks of spotted grunter among South African estuaries, and thus effective management of this species is dependent on understanding  population connectivity i.e. identifying sub-populations with significantly different traits.

Populations diverge genetically, environmentally or from a combination of the two. Environmental influences can induce different phenotypes across a population, however attributing phenotypic changes to population divergence is complicated by phenotypic plasticity – the phenomenon whereby multiple phenotypes can arise from a given genotype. Therefore, a holistic approach, combining both phenotypic and genetic analyses, will be used to identify any differences between two spotted grunter populations.

In this study we aim to differentiate spotted grunter stocks from two estuaries that differ in physico-chemical properties, particularly turbidity: the Breede Estuary in the Western Cape and the Kei estuary in the Eastern Cape. A multifaceted approach to stock discrimination will be used which includes the following: