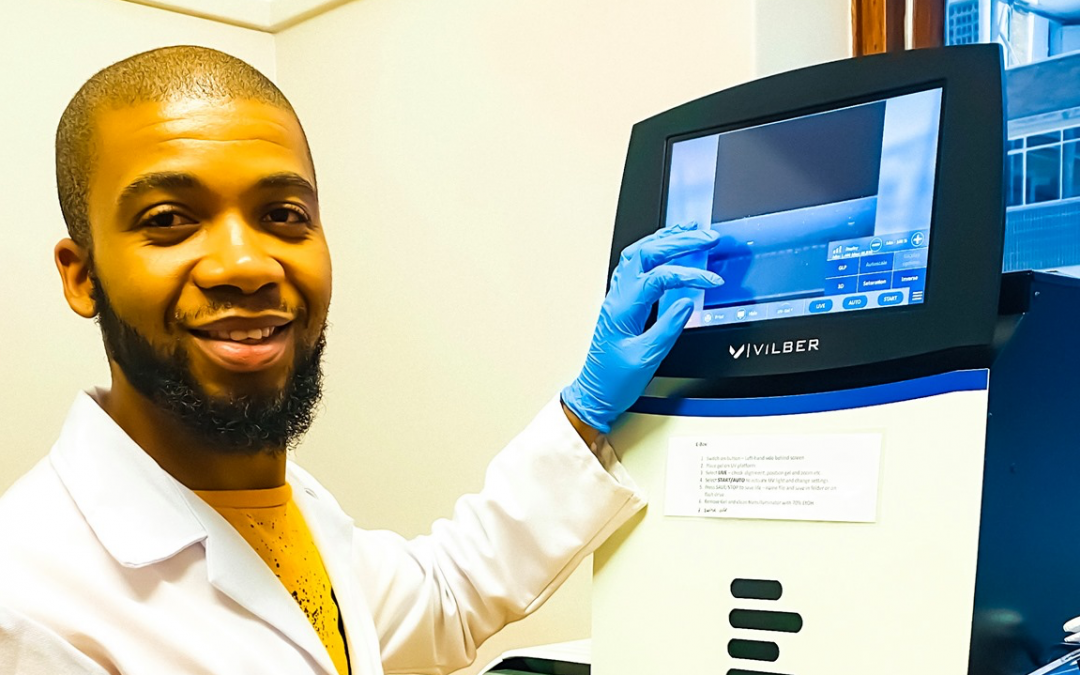 Lehlohonolo Mofokeng is a 29 year old doctoral student with clearly defined goals – an attribute that could serve him well in the halls of academia one day.

In five years, he sees himself as an established NRF-rated lecturer/researcher with a minimum of 15 publications in accredited journals, both as an author and co-author. In ten years he would like to be at the helm of a laboratory with a group of MSc and PhD students to supervise.

In addition, Lehlohonolo would like to head a research lab and collaborate with international researchers. In future, he would also like to be recognised as a National Research Foundation (NRF) rated researcher.

After completion of his PhD, he wishes to get a postdoctoral fellowship embracing the One Health concept to combat bacterial zoonoses (i.e. diseases which can be transmitted to humans from animals) in South Africa, focusing on emerging and re-emerging zoonoses, especially those circulating in reptilian hosts, domestic animals and/or humans to have a better understanding of their biodiversity.

What is Lehlohonolo’s PhD project about?

Diverse tick-borne pathogens (TBPs) are emerging across the world, with documented impacts on the health of humans and livestock.

However, studies into their diversity and specific interactions with ticks and their reptilian host species in South Africa are lacking. In particular, the role of ectotherms in the epidemiology of TBPs remains unknown, even though exported ticks and reptiles have been implicated with TBPs of livestock.

This, therefore, leads to a lack of knowledge on the biodiversity of these pathogens in reptiles and whether or not reptiles can act as reservoir hosts for TBPs infecting domestic animals and humans.

The main aim of this research project is to molecularly screen reptiles and their associated ticks for tick-borne pathogens (bacterial and haemoparasites), so that we have better knowledge on the biodiversity of these pathogens in reptiles and ticks for use in conservation initiatives.

Objectives included the morphological and molecular identification of the tick species and their pathogens.

Project Title: Reptiles of South Africa as hosts for haemoparasites and tick-borne pathogens