Can fracking and birdlife coexist in the Karoo? 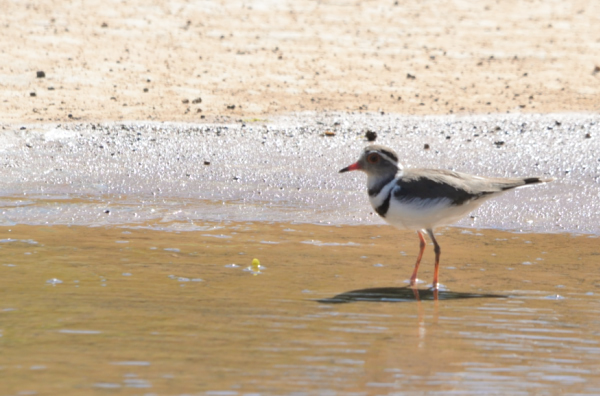 During dry times, birds in the Karoo descend to water and drinking troughs sometimes in their hundreds.

But now competition between sheep and birds for access to this essential ingredient to life has another competitor: mining and industry, the most controversial of which may be hydraulic fracturing (fracking).

A recent study by bird expert Dr Alan Lee and three colleagues showed that contaminated water in the Karoo, whether by fracking or mining, may have dire consequences for birds in the region unless strictly managed.

The study was conducted as part of the Karoo BioGaps Project funded by the Foundational Biodiversity Information Programme (FBIP), which aims to plug the gaps in understanding of which species occur in which parts of the Karoo.

“Whereas many species are adapted to arid conditions, our analysis found that an unusually large percentage (almost 45%) of 315 bird species in the semi-arid Karoo region rely on water to some degree, either directly or indirectly,” Lee told the FBIP.

Many birds rely on water directly and indirectly in a variety of ways. Apart from waterbirds, many other birds, especially granivores, are heavily reliant on drinking water. Aside from drinking, birds nest, rest, feed on and in water, or use mud for nest construction.

“There may be a misconception that birds of the arid zone do not rely on water: this is not the case in the Karoo,” says Lee.

The Karoo is a unique region in southern Africa in terms of its ecological processes and endemic species.

According to Lee large areas are needed to maintain viable populations of nomadic birds that follow erratic rainfall events and subsequent food and nesting resources, as well as ephemeral standing water.

The region is undergoing rapid development from mining, wind-farm developments, as well as potential fracking activities.

However, Lee says coexistence between birdlife and fracking in the Karoo is possible but it will not be achieved easily.

“It will require absolute containment of ‘produced’ water used in the fracking process that contains a range of chemicals used in the gas extraction process. Covering these water sources must be a mandated requirement of any operations,” Lee says.

He adds that the provisioning of clean water sources should be considered where possible and that pollution of water supplies e.g. that lead to streams, wetlands etc. must be avoided or heavily penalised if they occur.