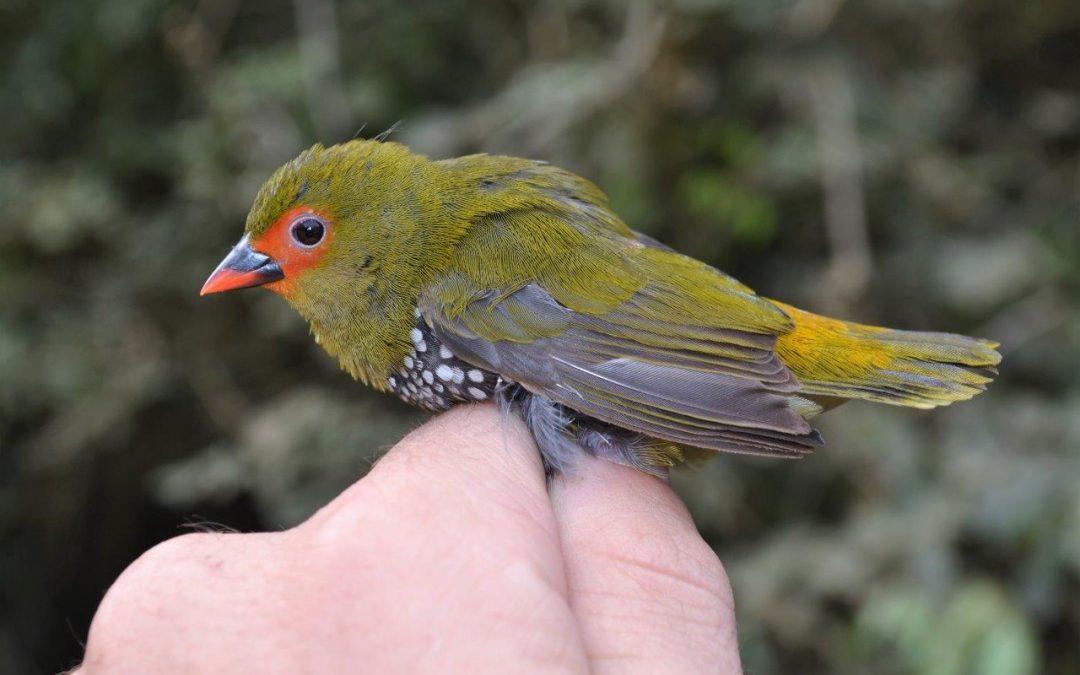 Stellenbosch – The uncontrolled harvesting of timber, bark and poles from indigenous forests in the Eastern Cape is having a negative impact on bird diversity, a new FBIP-funded study has shown.

The Eastern Cape is home to 46% of South Africa’s remaining natural forests.

The region includes many of the country’s most threatened forest types, and forms part of the Maputuland-Pondoland-Albany Hotspot for biodiversity.

However, while there has been an increase in forest cover in these areas, uncontrolled bark harvesting is leading to the degradation of forests.

The study was published in the journal Forest Ecology and Management. 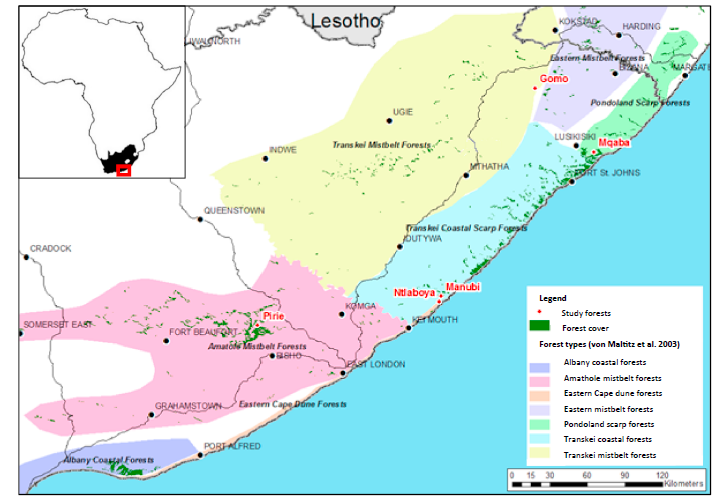 Location of the five study forests in the Eastern Cape Province, South Africa.

But instead of looking only at the number of species, they focused on the number of ecological roles filled by birds within the forest.

“Species that perform more diverse and specialised roles in a forest are more likely to be more sensitive to disturbance,” Leaver explained.

Co-author and FBIP Eastern Cape forests project Principal Investigator Prof Michael Cherry, said the persistence of bird diversity is critical for the functioning and regeneration of these forest systems, some of them at least five million years old.

Cherry said many different species of birds play very important roles in these forests, such as with the dispersal of seeds and pollination.

“When these birds and the functions they perform start to disappear, the overall health and resilience of the forest is affected,” he warned.

Overall 64 bird species were recorded across the five forests: 23 species at Gomo; 42 species at Mqaba; 51 species at Manubi; 44 at Ntlaboya; and 38 at Pirie.

This is the first time that a baseline study of this nature on these forests has been published. 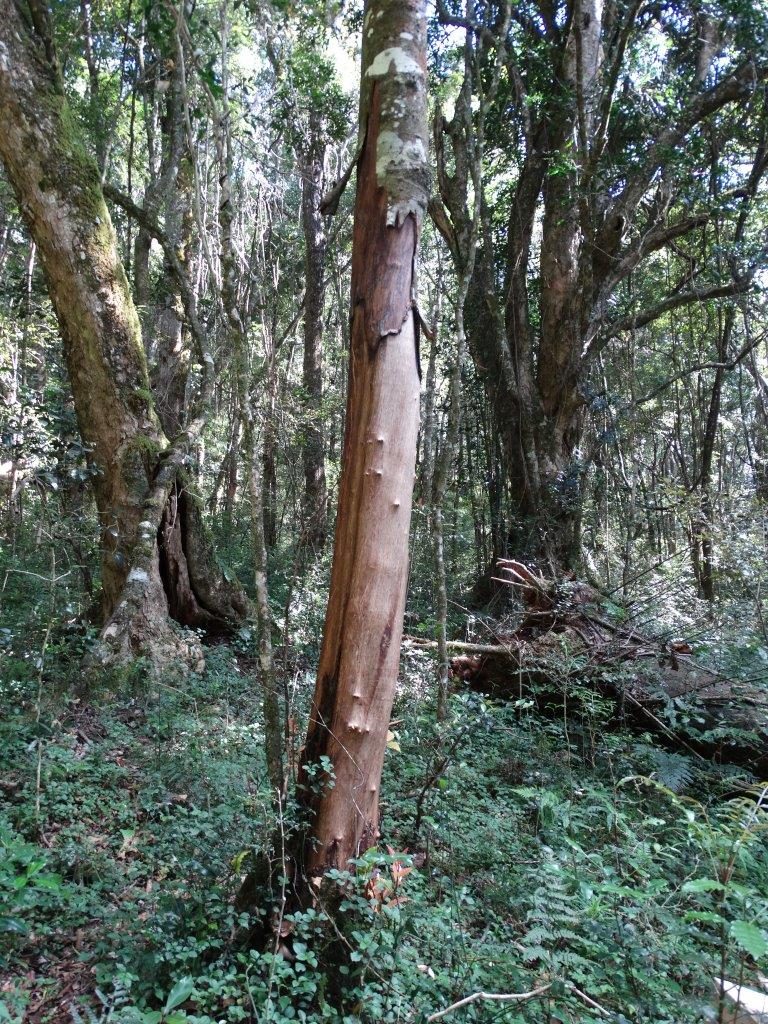 Researchers estimate that just under 30% of trees in five indigenous forests of the Eastern Cape have been ring-barked – which leads to eventual death. Pictured here is a ring-barked black stinkwood (Ocotea bullata) in Gomo forest. Photo: Jessica Leaver

Insect-eating birds like the Southern Black Flycatcher (Melaenornis pammelaina), the Blue-mantled Crested Flycatcher (Trochocercus cyanomelas), and the African Dusky Flycatcher (Muscicapa adusta) may be negatively affected because, as more sunlight penetrates the canopy due to more trees dying, there may be fewer insects on the forest floor.

Conversely, generalist species such as the Cape White-eye (Zosterops capensis) and the Black-headed Oriole (Oriolus larvatus) were found to be positively affected by pole harvesting.

A 2017 study Cherry’s group showed that half of South Africa’s forest dependent bird species had experienced range declines since 1992.

Declines were most prominent in the Eastern Cape, despite an increase in forest cover in this region over the same period.

“It now seems likely that habitat degradation arising from informal harvesting is negatively affecting the number of ecological roles filled by forest birds in this region, thus contributing to their decline,” Cherry warned.

The article “Response of bird functional diversity to forest product harvesting in the Eastern Cape, South Africa” was published in the journal Forest Ecology and Management recently.